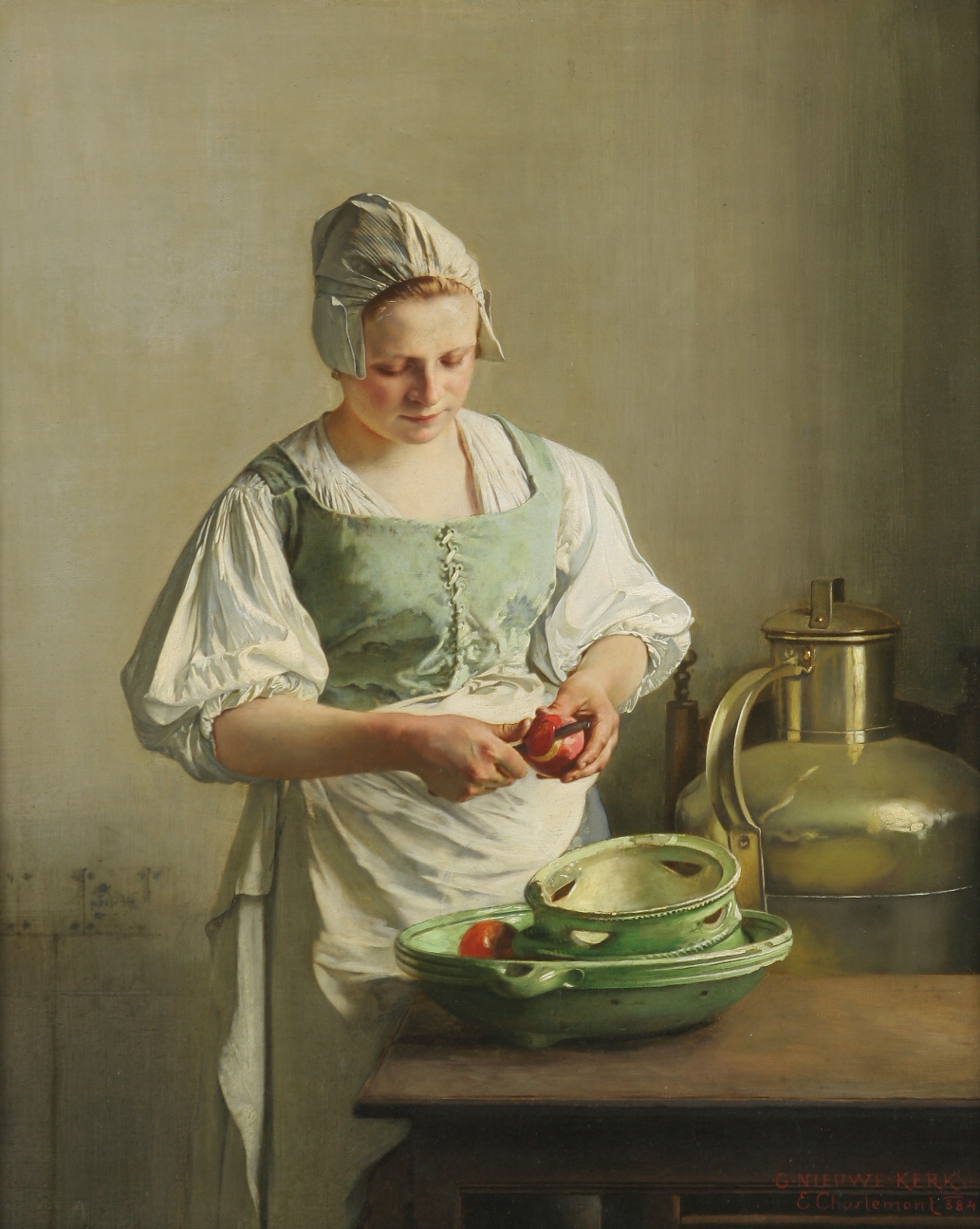 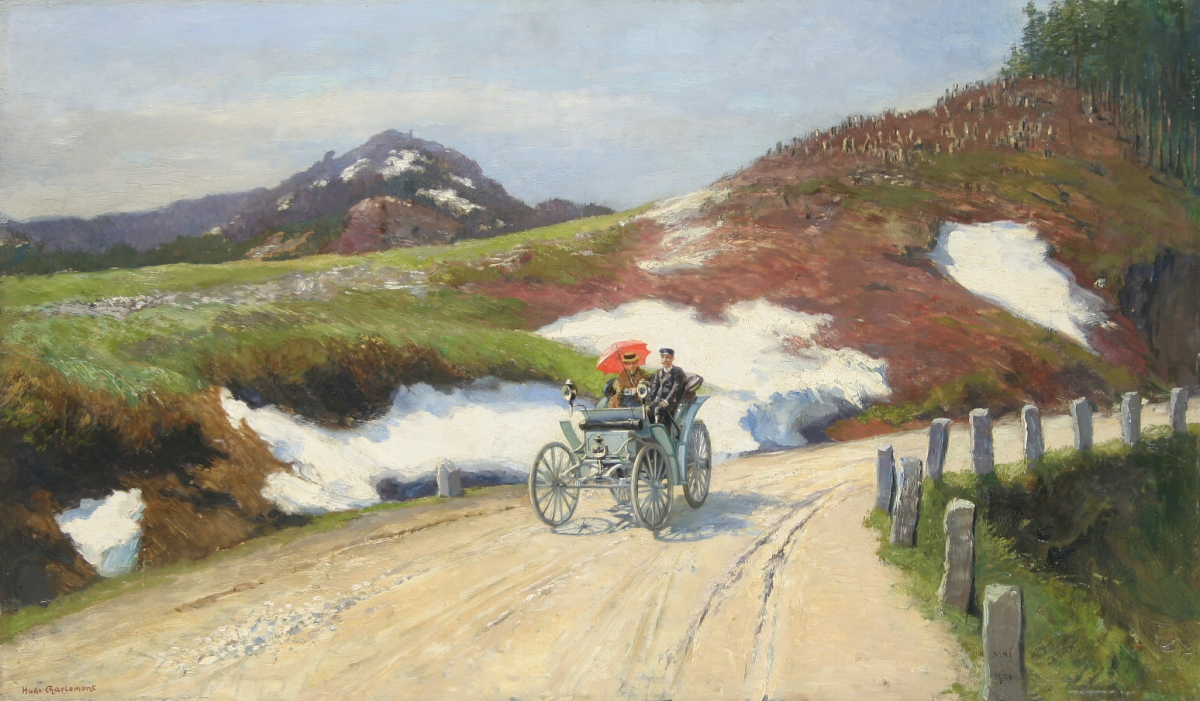 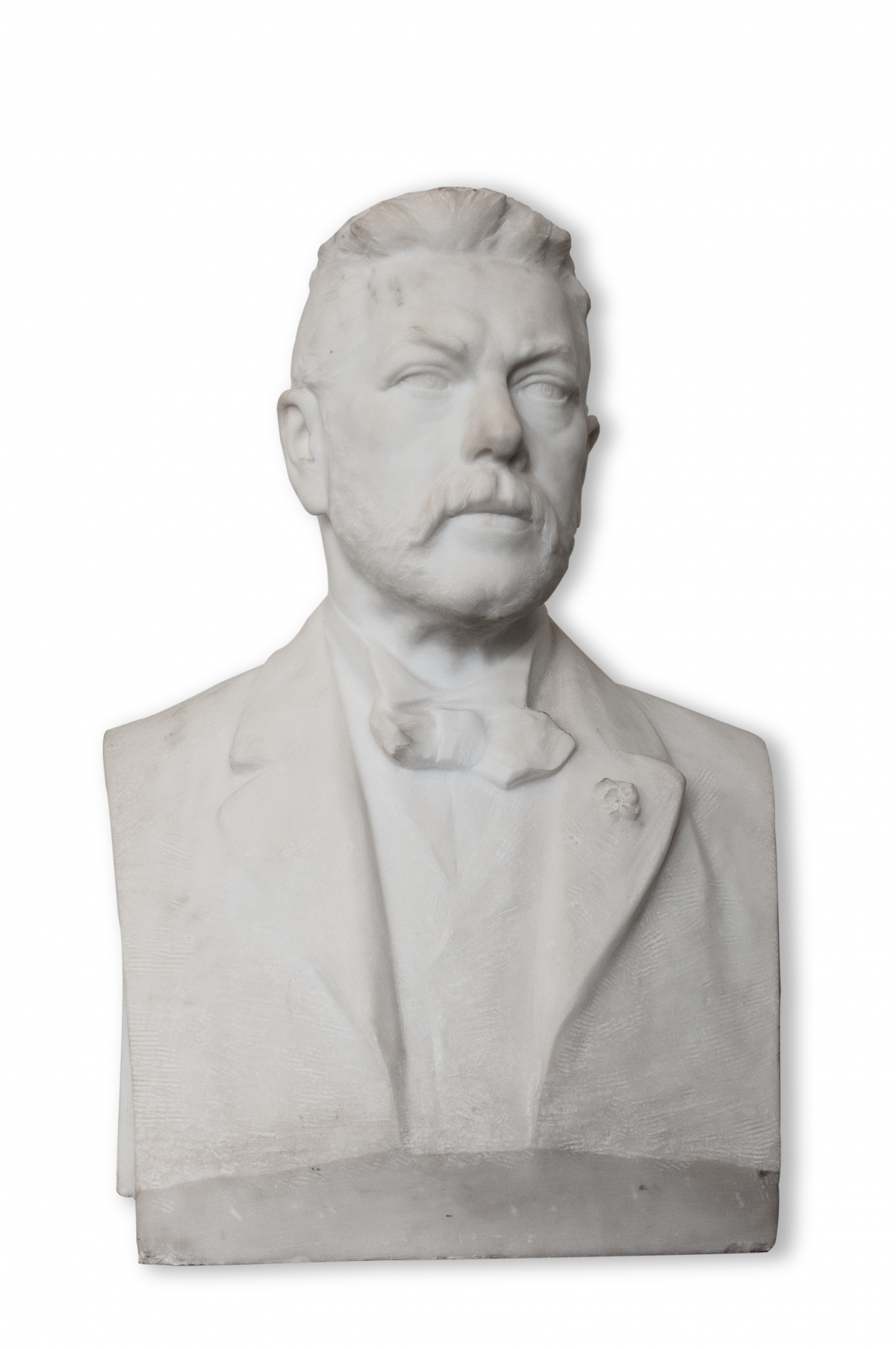 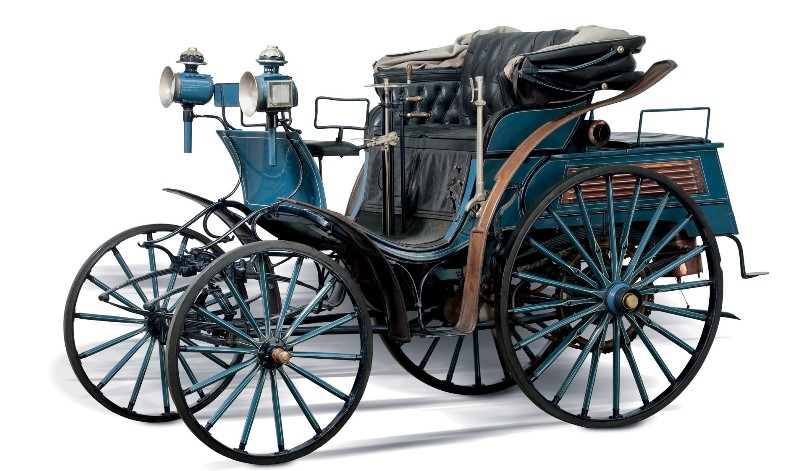 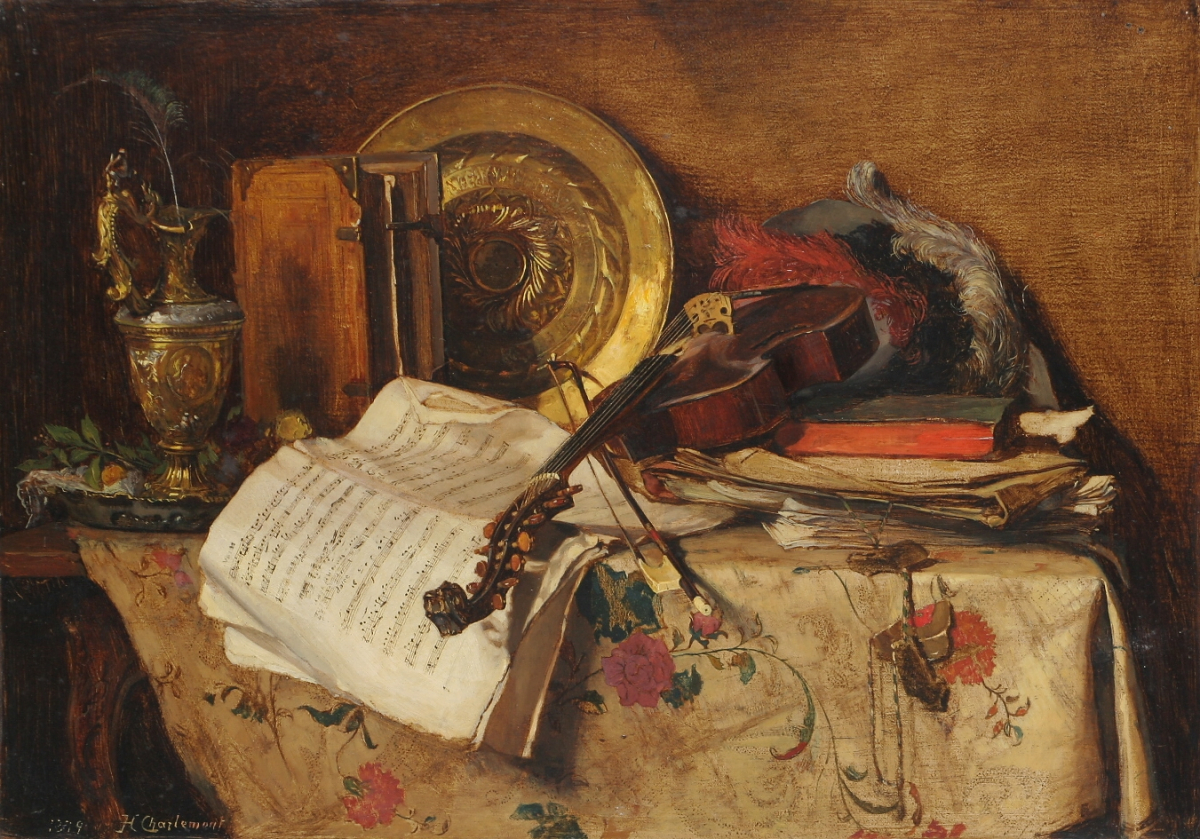 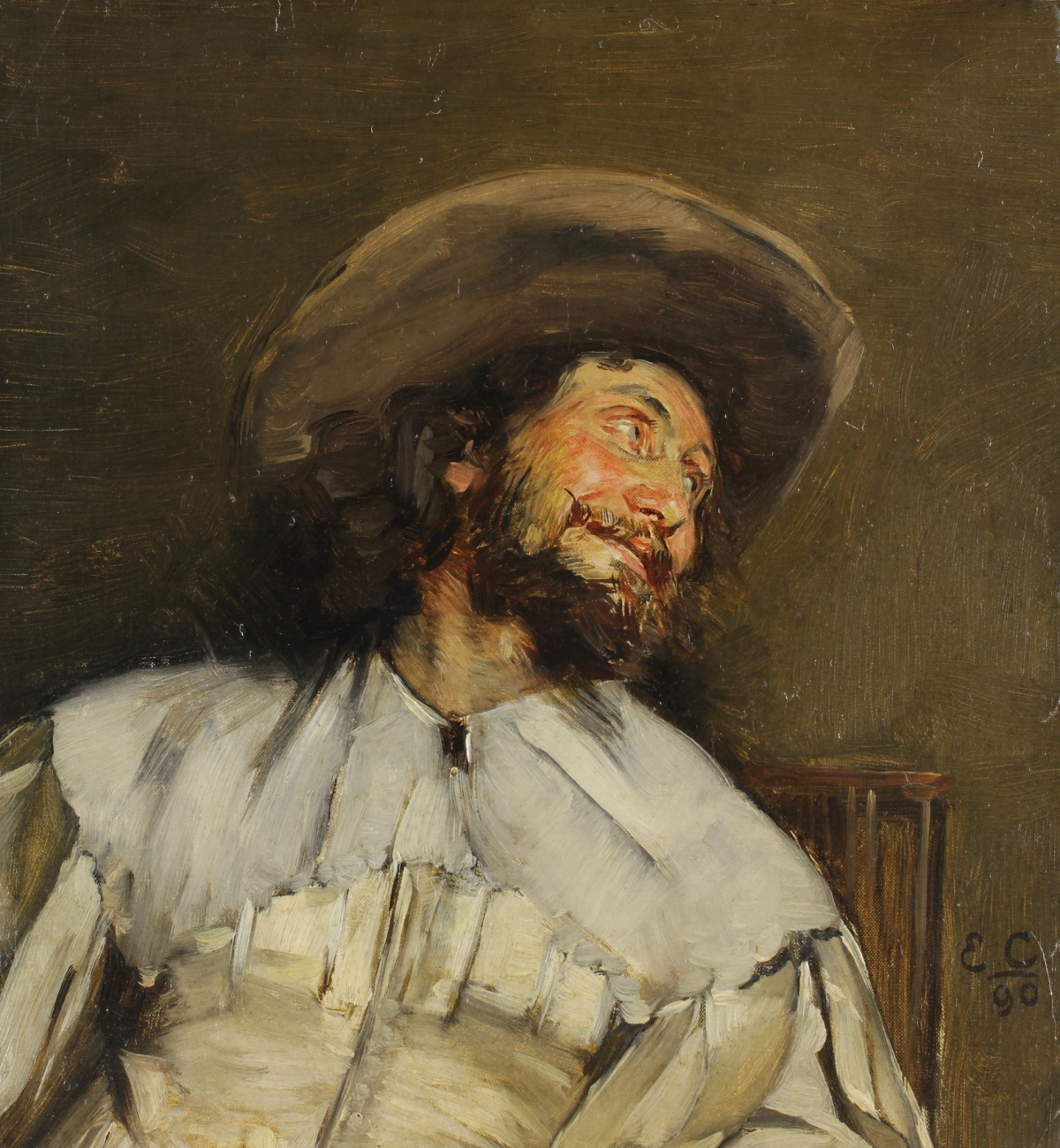 The exhibition consists of seventy paintings, drawings and sculptures. The exhibition draws on the extensive collections of the Regional Gallery in Liberec, complemented by pieces on loan from the National Gallery in Prague, the Moravian Gallery in Brno and state castles and other institutions. The exhibition aims to bring to light names from the history of art that are somewhat obscure and remain rather ambiguous. The exhibition presents the work of the Charlemont brothers in the context of the leading European artists of the time, such as Václav Brožík, Hans Makart, Jean-Louis Ernest Meissonier, Josef Václav Myslbek and Viktor Tilgner. The wish of the gallery is to offer visitors at least a partial insight into the art and technical mastery of the Historicism of the second half of the 19th century, and to recall the symbiosis of the Liebiegs and the top Viennese artists of the time, which resulted, most importantly, in the unique collection of paintings that Heinrich Liebieg bequeathed to the town of Liberec.

One of the great attractions of the Liberec exhibition will be the Benz Victoria automobile from 1893. It was the very first car in the Czech lands and the third in the whole of the Austro-Hungarian Empire. Theodor Liebieg undertook the first recorded long-distance drive to Gondorf on the Moselle, and by 1898 he had travelled twenty thousand kilometres in it, so it is no wonder that he wished to have it immortalized in a painting. The painter, Hugo Charlemont, depicts the Benz Victoria during a ride in the countryside around Liberec. The car is driven by Theodor, with his fiancé, Maria Ida Blaschka, sitting next to him. Since 1946 the automobile has been in the collections of the National Technical Museum in Prague.

was the eldest son of a miniaturist, Matthias Adolf Charlemont, whose ancestors came from France. Matthias was born in Brno and worked mostly in Znojmo and Vienna. After completing his preparatory course at the Viennese Academy, Eduard Charlemont moved to the special school of historical painting of Eduard von Engerth, where he completed his studies. From 1870 on he worked in the studio of Hans Makart, where he acquired a sense for working with colours and the decoration of interiors. His wall and ceiling murals decorated palaces and villas across Europe, but his most important commission came from the Burgtheater, Vienna. Unfortunately, his monumental murals for the theatre’s foyer, which were greatly praised by critics, were destroyed during World War II. In the 1870s, Eduard travelled to England, Germany, Italy, Egypt and France, where he settled in 1876. In 1878, he had his debut at Salon de Paris with his painting The Harem Guard (Moorish Chief), for which he received an honourable mention. He brought his oriental themes from his journey to Tunisia in 1888, but his domains were portraiture and genre painting, in which, like Jean-Louis Ernest Meissonier, he interpreted Dutch Golden Age painting.  Besides the child portraits of the Counts of Salm-Reifferscheidt, he created a number of excellent portraits of members of the Liebieg family and the related Mallmanns. Although these works were created primarily for private purposes, in 1885 the artist exhibited the Portrait of Alice de Mallmann at the Salon de Paris, receiving three third-class medals.  Together with Václav Brožík, he belonged to the circle of the art dealer Charles Sedelmeyer, who primarily represented artists from Austro-Hungary.

studied at the Viennese Academy at the landscape school of Eduard Peithner von Lichtenfels, and he learned graphic techniques from William Unger. He received further education from his elder brother, Eduard, whom he followed to the studio of Hans Makart. In 1879, under Makart's guidance, he participated in designing costumes for the ceremonial procession on the occasion of the wedding anniversary of the imperial couple, and between 1885 and 1886 he helped to decorate the Hermesvilla in Lainzer Tiergarten (nowadays part of Vienna), which Franz Joseph I had built for Empress Elisabeth, nicknamed Sisi. Hugo visited Italy, France and the Netherlands, from where he brought back a great number of drawings, many of which he used as models for prints. Among his major interests was landscape painting, in which he is seen as a representative of Austrian Impressionism, but due to his multiple talents his works included still-lifes, genre scenes and portraits. In Austro-Hungary he was among sought-after and popular artists and eventually gained a greater reputation than his brother Eduard. His daughter Lilly Charlemont followed the family tradition.

was born the youngest son of the painter Matthias Adolf Charlemont. Unlike all the other members of the family, he decided to study sculpture. Like his brother before him, he studied at the Viennese Academy under the renowned teachers Kaspar von Zumbusch and Edmund Hellmer. This artistic education directed Theodor toward artistic styles that he followed his entire life.   His work is characterized by the synthesis of idealizing Classicism, Realism and later Art Nouveau. The influence of the monarchy’s capital, whose sculpting environment was co-created by the above-mentioned artists, was fundamental for Theodor Charlemont. His artistic career was also connected with Vienna, as here he found many commissioners from among the rich bourgeoisie. The majority of his works are found in Austria, where he soon achieved the status of a sought-after and respected artist, with the exception of the 1910 monument to the famous natural scientist Gregor Mendel, which is found in Brno. Like many others (for example, Josef Václav Myslbek), he participated in decorating the Viennese parliament and other, museum-type institutions. Among his key works are portraits and religious works (Dr. Karl Lueger Kirche).

The exhibition in brief:

A book will be published to accompany the exhibition. 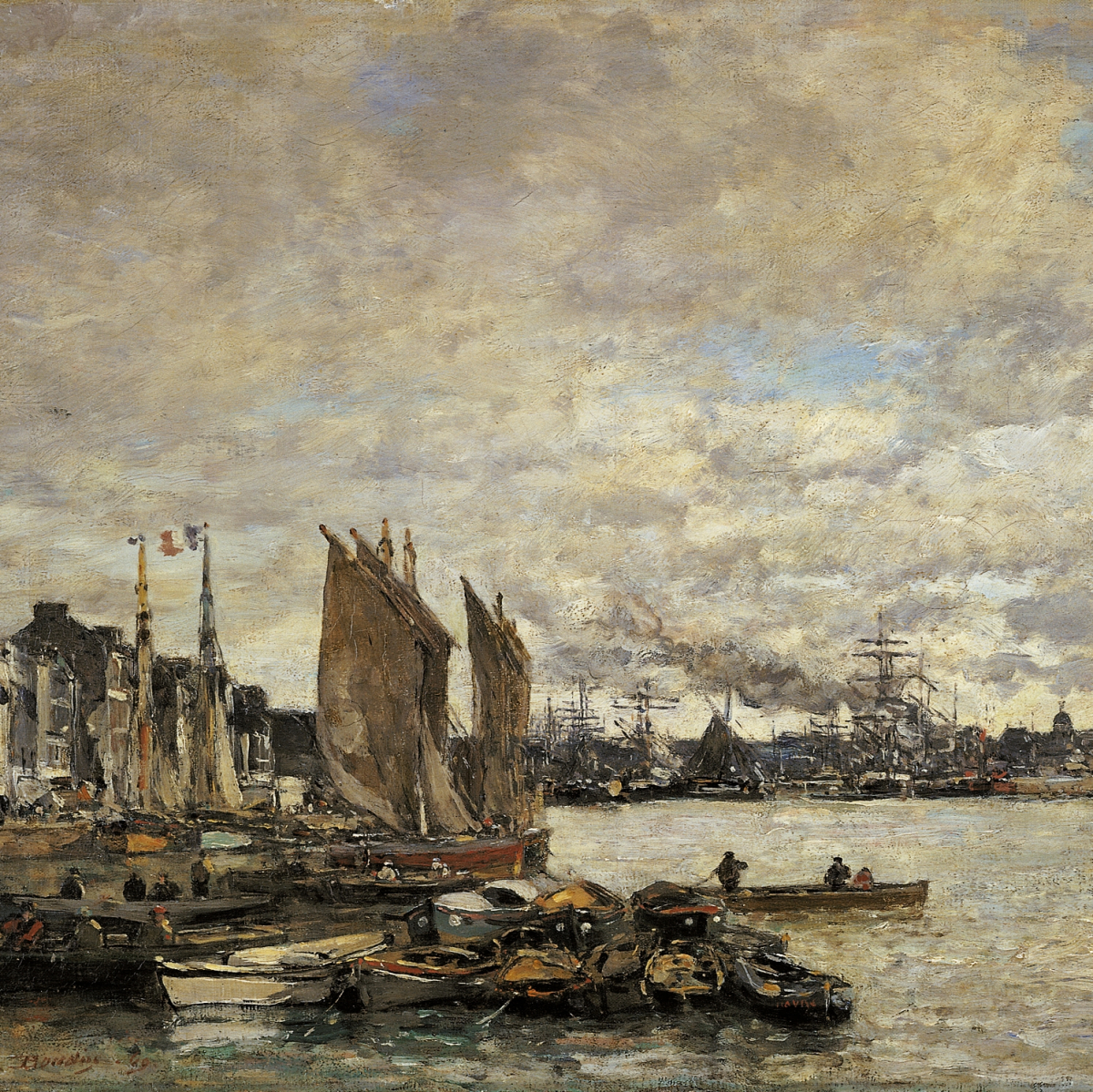