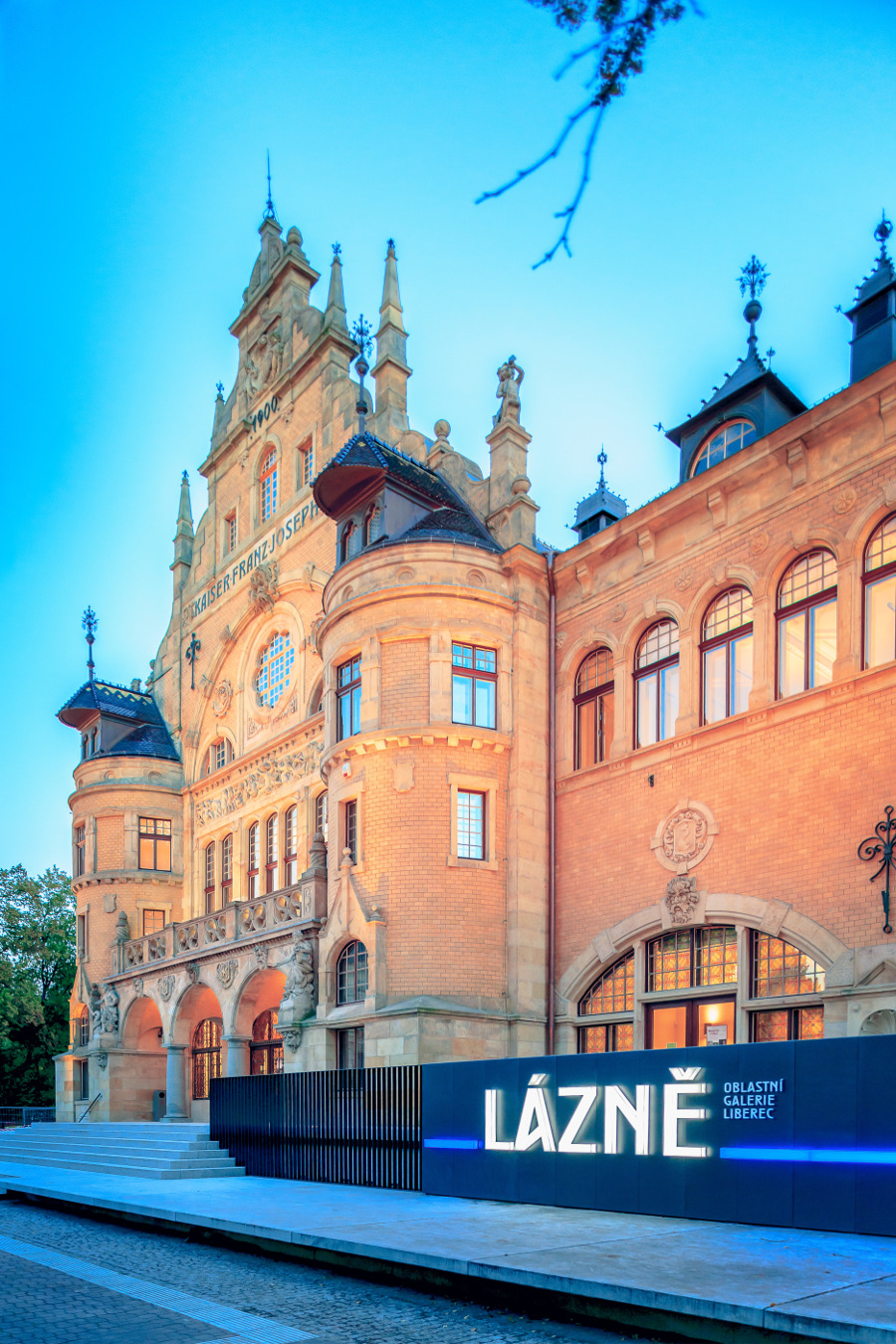 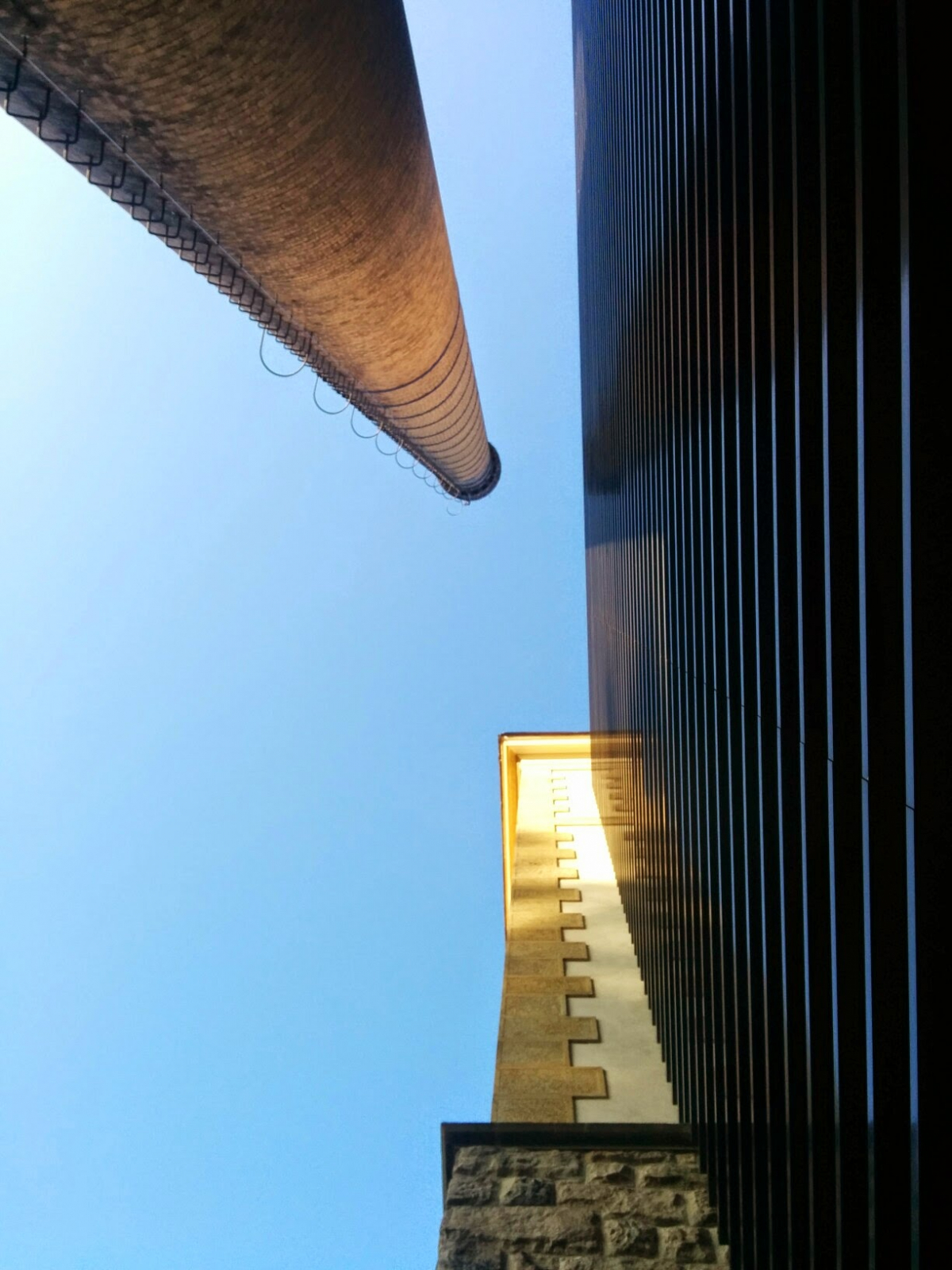 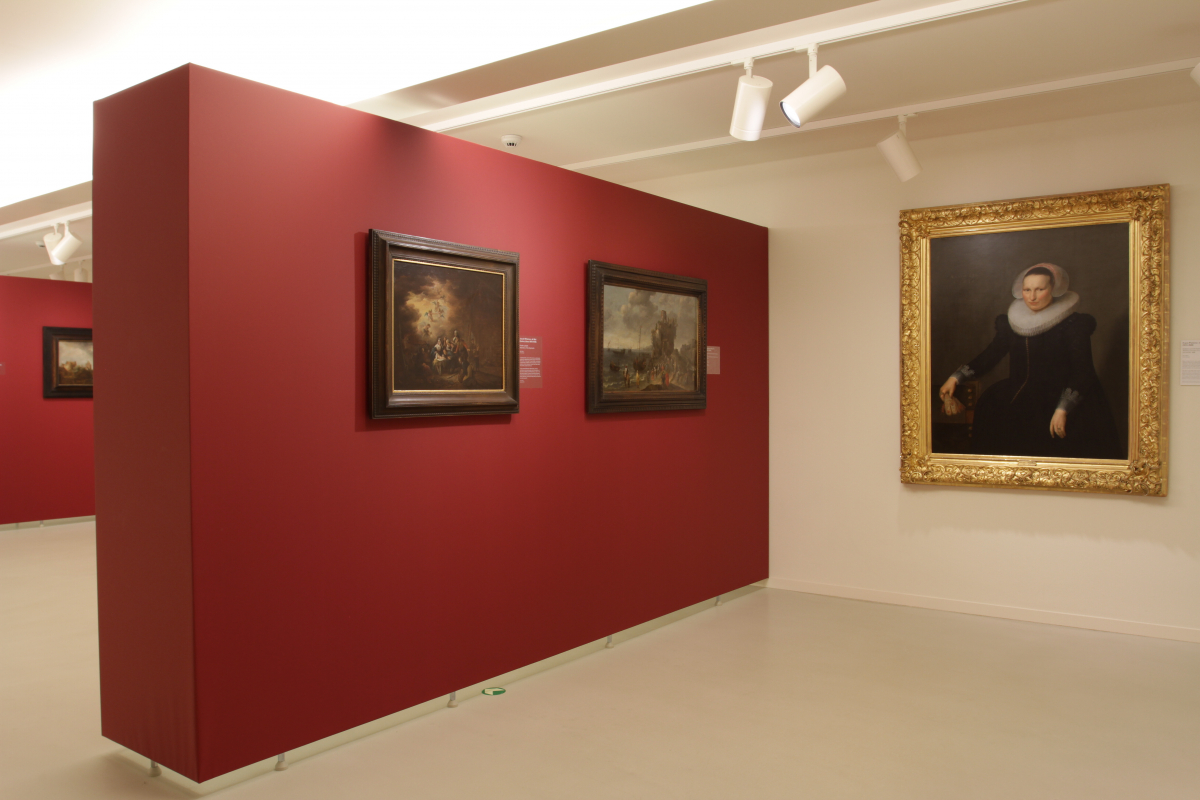 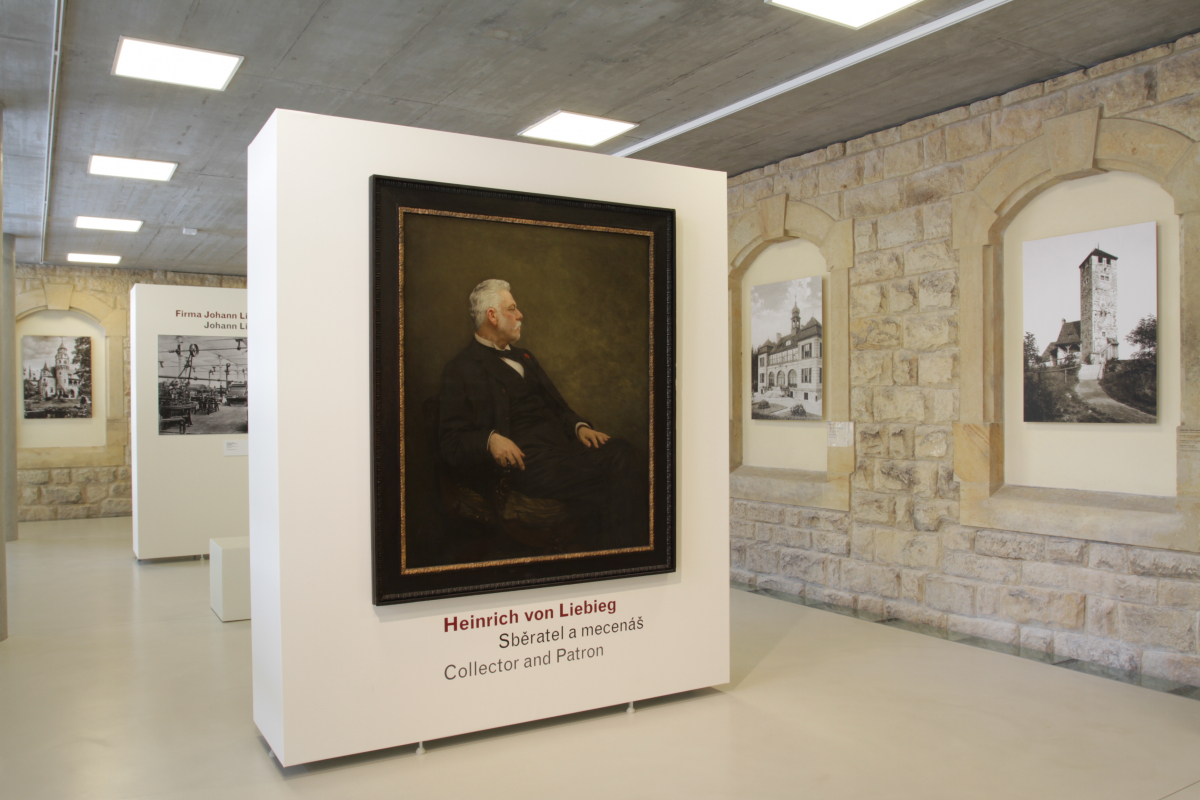 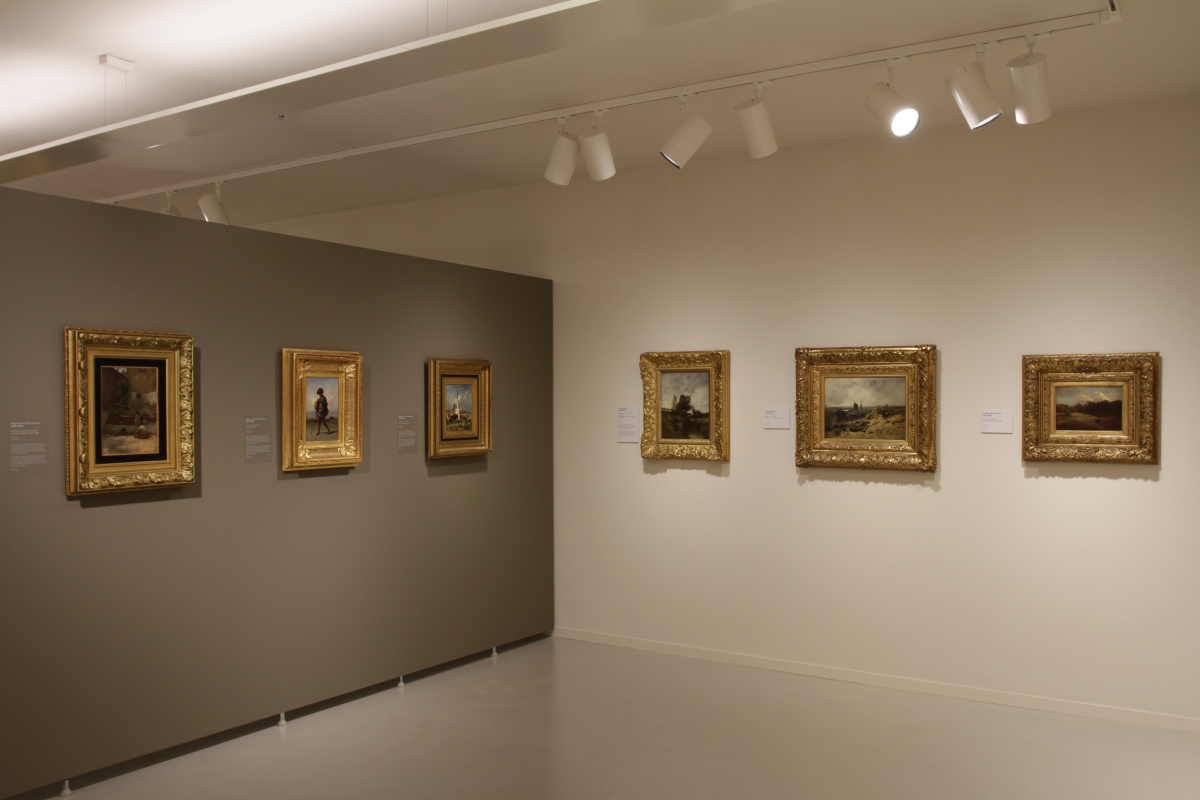 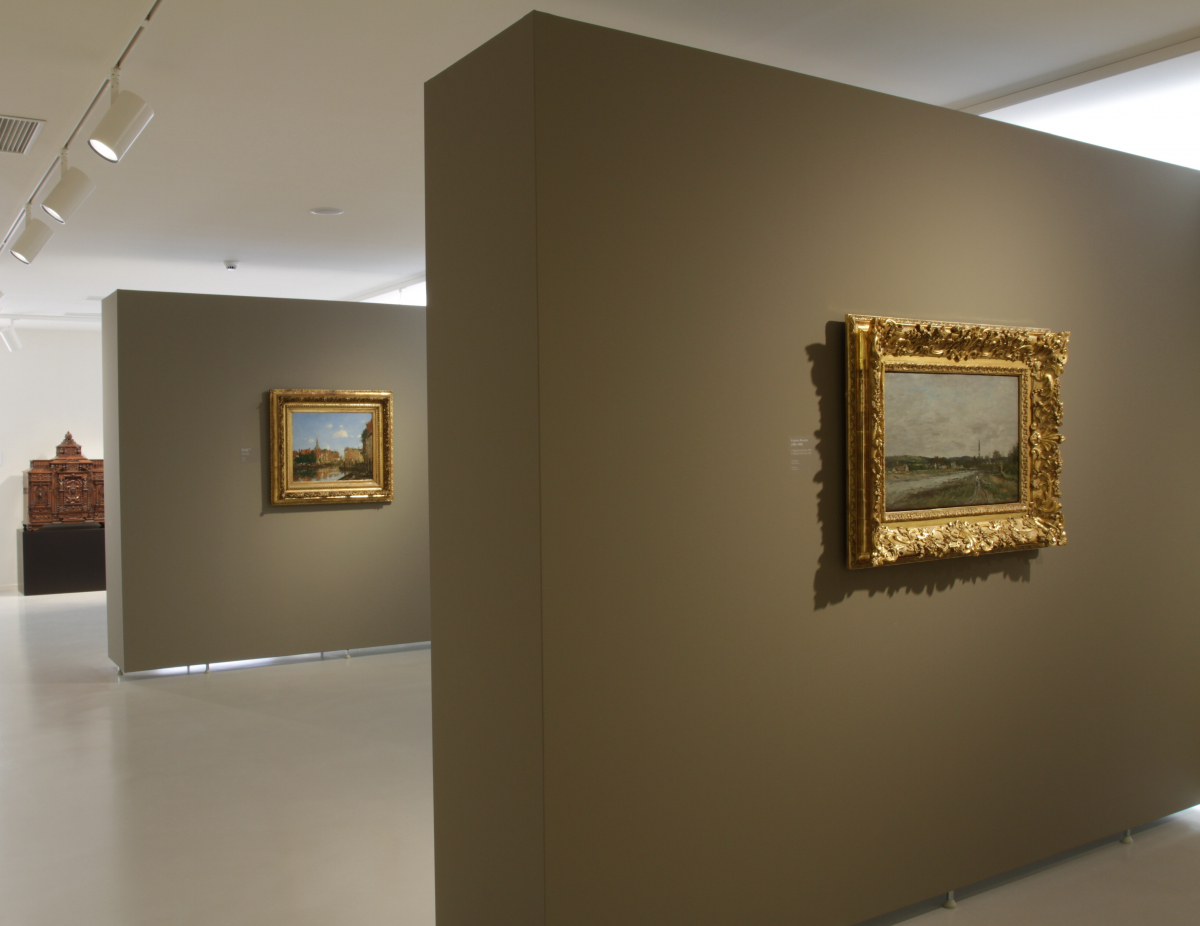 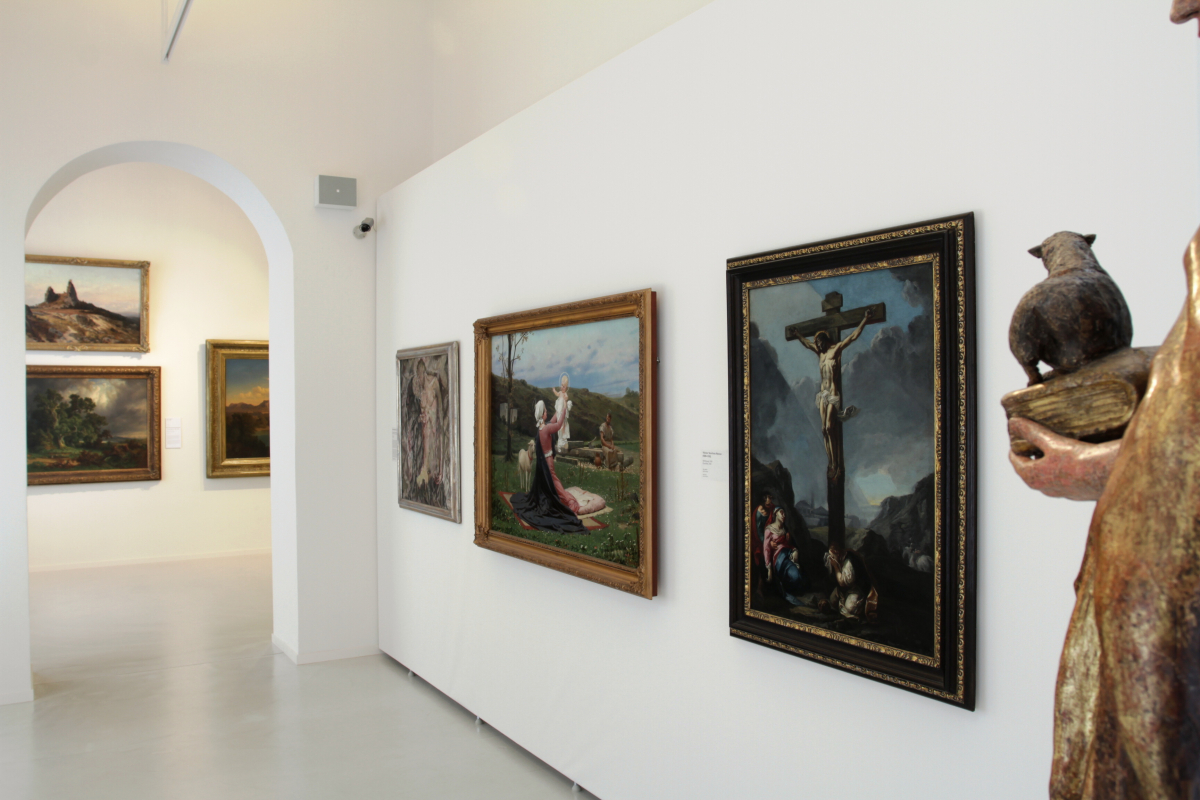 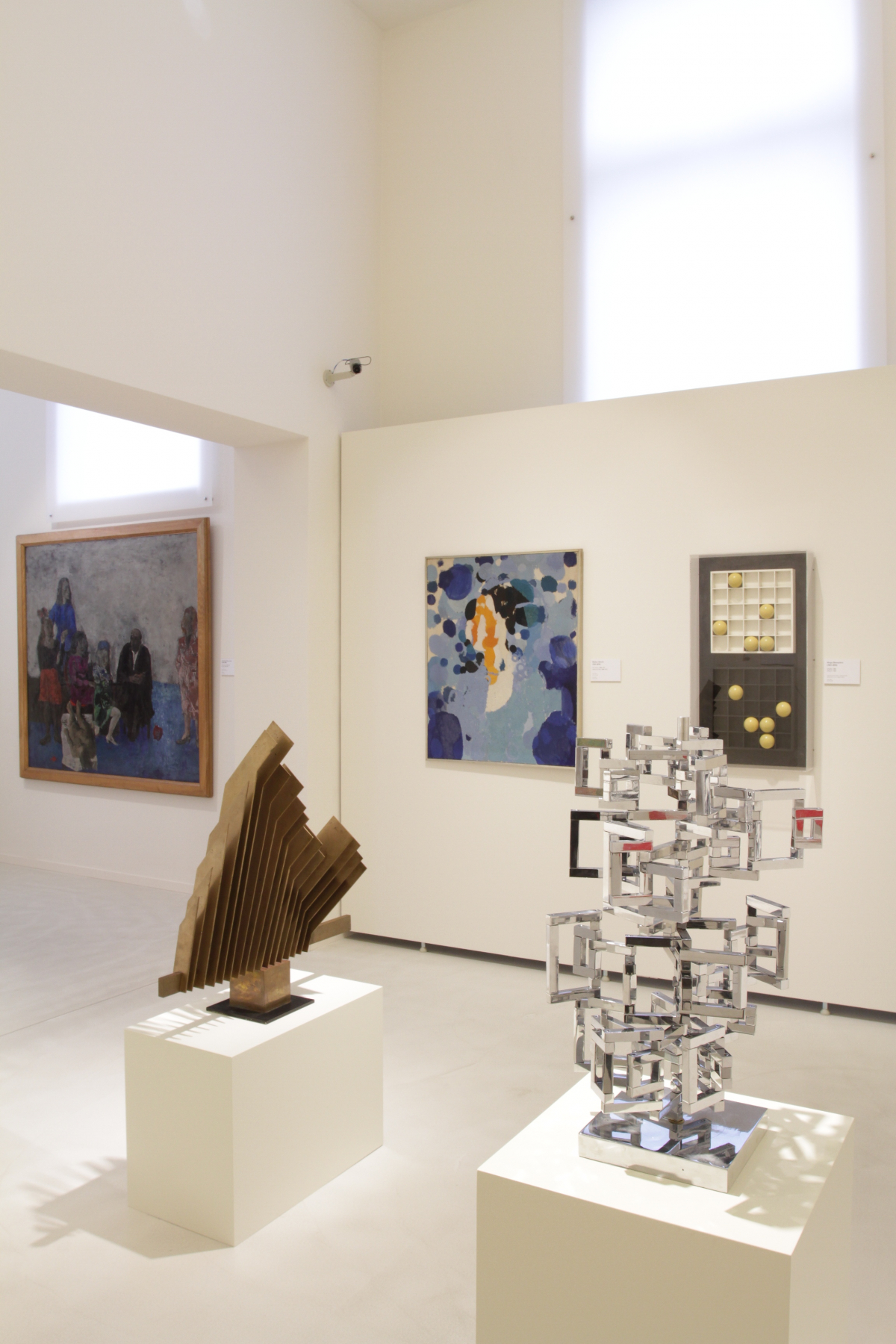 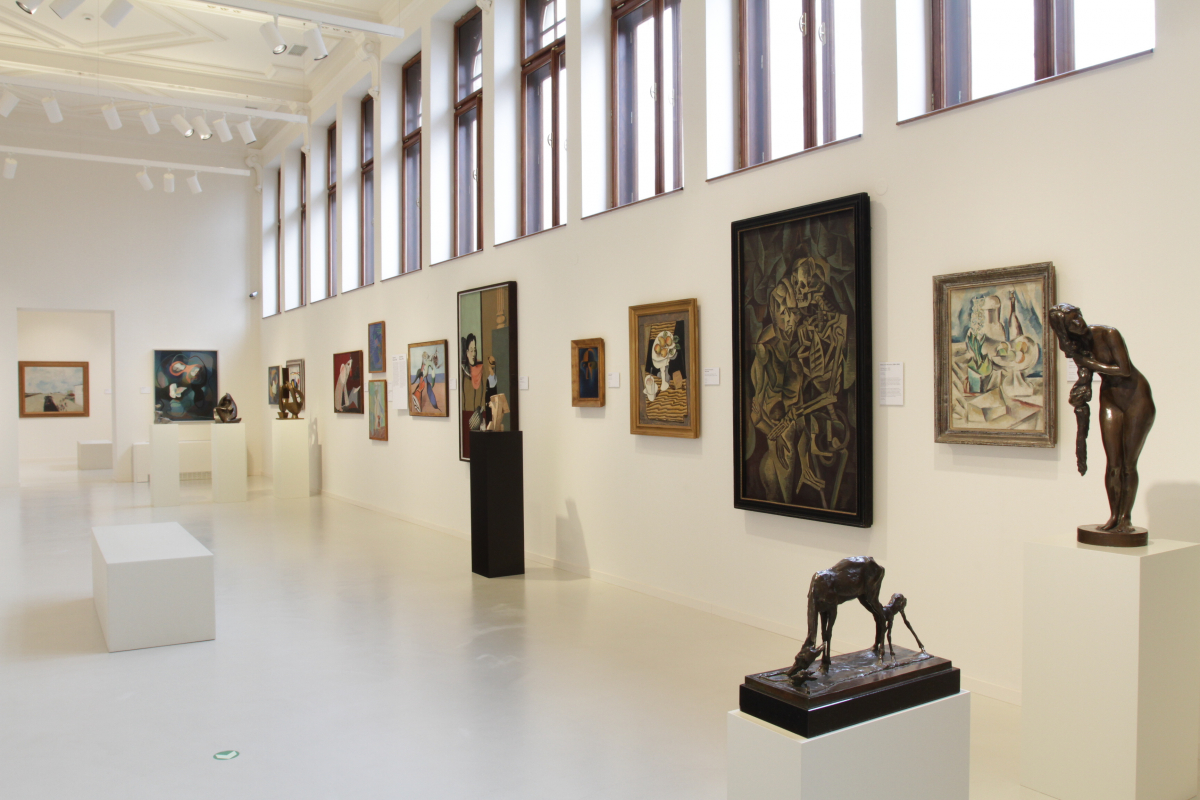 The beginnings of the Gallery as a legally independent institution date back to the period following the Second World War. On September 19, 1945, the Liberec museum board of trustees was established to solve the future of the North Bohemia Museum art collections. The board decided that the gallery would remain an organizational part of the Liberec Museum but at the same time, the art collections would be moved to a separate building. Soon after the war ended, the Liberec graphic artist and patriot, Jaro Beran, became interested in the fate of the art collections hidden during the war, and the board of trustees charged him with tasks related to the future of the collection and delegated him to find premises suitable for further storage and presentation of the collection. A year later, at the beginning of 1946, the gallery was given a building which has been the institution's seat ever until the end of February 2014.

Since 1949 the North Bohemia Museum, including the Gallery, has had the status of a regional institution. In 1953 the Gallery was made legally independent within a network of state-administered galleries. Naturally, Jaro Beran became the first director. In 1958, he was replaced by a young art historian Hana Seifertová. She played an important role not only in the vast remodeling of the building, establishing a valuable collection of 16th - 18th-century Dutch paintings, but above all in the fact that the gallery is now viewed highly positively by experts, artists, as well as the public. Hana SeifertovĂˇ enriched the broad exhibition program with major sculpture presentations (e.g. the legendary Statue and City, 1969) and exhibitions dedicated to young artists who had been refused in Prague art galleries for their political opinions. As a result, the Liberec Gallery came to be a highly respected institution. In the end, these creditable activities turned against Seifertová and in 1970, she was made to leave the managerial position due to her citizen involvement.

In the 1970´s and 1980´s, Vladimír Volšička and subsequently Věra Pavlišová were the directors. The activities of the Gallery and of other cultural facilities were under a strict political supervision. Exhibitions did not go beyond the common production of that historical period; they had to be "politically correct“. Now and then an exception occurred and the gallery managed to organize an interesting exhibition of an artist with an original perspective of the world. At that time Naďa Řeháková was the curator of the gallery exhibition program.

The post-1989 period witnessed major changes. The following year Věra Laštovková was appointed the director and commenced work on a new image of the Liberec Gallery. Together with the curator Eva Výtisková they focused on maintaining the high level of care taken about the collections and the high-quality exhibition program. In 1991, just like more than twenty other Czech and Moravian collecting institutions, the Liberec Regional Gallery became a subsidized organization of the Ministry of Culture of the Czech Republic. A year later a professional union called Association of Galleries of Czech Republic was founded in order to promote more vigorous professional cooperation. The Liberec Gallery is one of the members of its Board. Another influential person in the Gallery history was PhDr. Věra Laštovková, who contributed to its development and participated in the activities of the Association of Galleries of the Czech Republic as a long-term chairwoman of the Chamber of Directors. In the 1990´s the Liberec collections were incorporated in the Central Registry of Museum-Type Collections (CES), which is administered by the Ministry of Culture of Czech Republic. This database is a public-accessible list of the majority of the tangible cultural heritage of the Czech Republic.

In 2001, another important legislation modification took place. The majority of the cultural institutions were transferred from the Ministry of Culture of Czech Republic to the newly established regions, and starting from October 1, 2001, the Liberec Regional Gallery became the only collecting gallery art museum of the Liberec Region.

At the turn of the years 2013 and 2014, the gallery moved to new premises in the former town baths on Masaryk Street in Liberec. The new gallery opened to the public on February 28, 2014, and on the same day, the gallery finally left the Liebieg Palace. The relocation is also related to the change of the name of the gallery: as of January 1, 2014, the name of the Gallery of the Regional Gallery of Liberec, a contributory organization, is named.

Builder municipal baths were Reichenberger Sparkasse financial institutions, whose management of the project was discussed since 1896. The final decision was made to build a spa town in 1898, the year of the 50th anniversary of the reign of Emperor Franz Joseph I. Future baths was so "dedicated" this anniversary and this the fact still reminds the memorial plaque on the front of the building.

The building itself, according to the design by the Viennese architect Peter Paul Brang, was established only later in the years 1899-1902. Peter Paul Brang (1852-1925), a graduate of the Vienna Academy of Fine Arts, in addition, suggested libereckých spa bath also in Usti nad Labem, theaters Zatec and Decin colonnade in Janske spa and several administrative buildings throughout the Austro-Hungarian Empire.

The spa in Liberec fulfilled a hygienic function. At the time of its construction, it was not common for households to be equipped with bathrooms. That is why part of the spa was occupied by bathtubs I-III. class. The baths also offered Roman-Irish steam baths, shower showers, carbonated baths, restrooms, and the necessary facilities. In the wing along Vítězná Street, there was a swimming pool measuring 20 x 10 meters.

Brang designed the building in a historicist style. The exterior decorates the pairs of Poseidon and Amphitrite sculptures and the relief of Water Games. The sculptures were created by the professor of the Liberian industrial school Emanuel Gerhart of the Hořice Sandstone. In the shield, we find the proud inscription of bronze letters KAISER FRANZ JOSEPH BAD. Emperor Franz Joseph, I examined the spa in 1906 when he visited the German-Czech exhibition in Liberec.

Interiors of the spa were decorated with wall paintings with herbal motifs or bathing motifs at the time of their creation. Tiles and tiles were supplied by the renowned company Villeroy & Boch. First-class bathtubs and their waiting rooms were overwhelmed by luxury.

Until the opening of the new swimming pool at the Market Square (1984), the spa was the only indoor swimming pool in Liberec. This also corresponded to the number of visitors, which reached only 2 578 619 visitors in the first 25 years of operation! Since 1984, however, the baths have been degenerating. In 1990, the spa was returned to Restitution of Česká spořitelna as Reichnebreger Sparkasse; at that time they still served the public. Spořitelna spa put the next year into a small privatization. In just two years, the bath was gradually owned by three companies. Interestingly, the first one won it in coupon privatization for CZK 8,150,000 and the third company bought a spa for 70,000,000 crowns! Since 1994, MONA, owned a bath, which later ended in liquidation. The town of Liberec was the owner of the spa for the first time in 2005 when it bought it from bankruptcy for CZK 9,000,000. The town then started with rescue work and the search for suitable use, which ended in 2009 by concluding an agreement between the town, the Liberec Region and the Regional Gallery of Liberec on the future use of the spa for galleries.

The project of revitalization of city baths for gallery purposes was prepared by the Liberec Sial Studio under the direction of the chief architect Jiří Buček and the chief engineer Karel Novotný in 2009-2010. The construction work started in September 2011 and was completed in June 2013. The Liberec District Gallery took over the spa for hire on September 1, 2013, and after moving the collections and installing new expositions, February 28, 2014, opened the public.

The reconstruction project of the spa studio workshop Sial was awarded the main prize Grand Prix for 2013 and new depository won the main prize of the Club for Old Prague as the most successful new building in the historic environment implemented in the Czech Republic in 2013.

(according to the text of Marek Řeháček for the publication of the Spa, The Transformation of Liberec Spa to the Cultural and Social Center Liberec 2014)