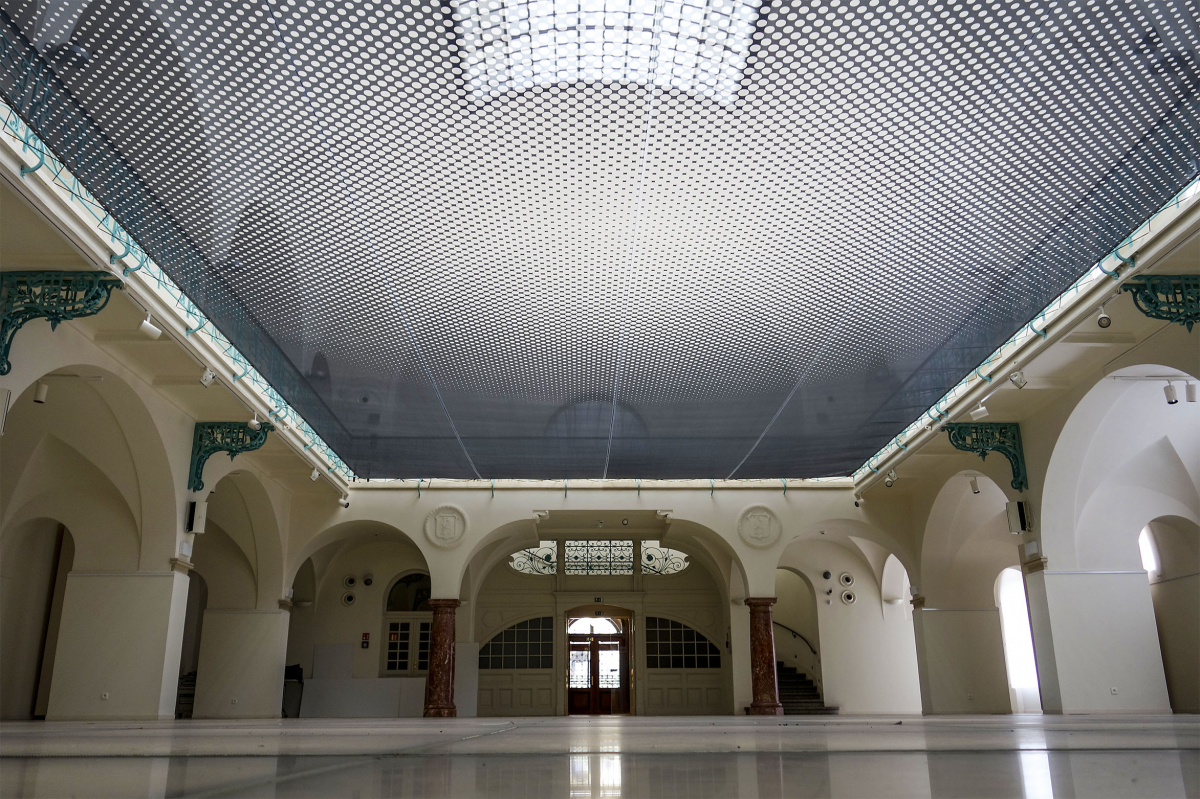 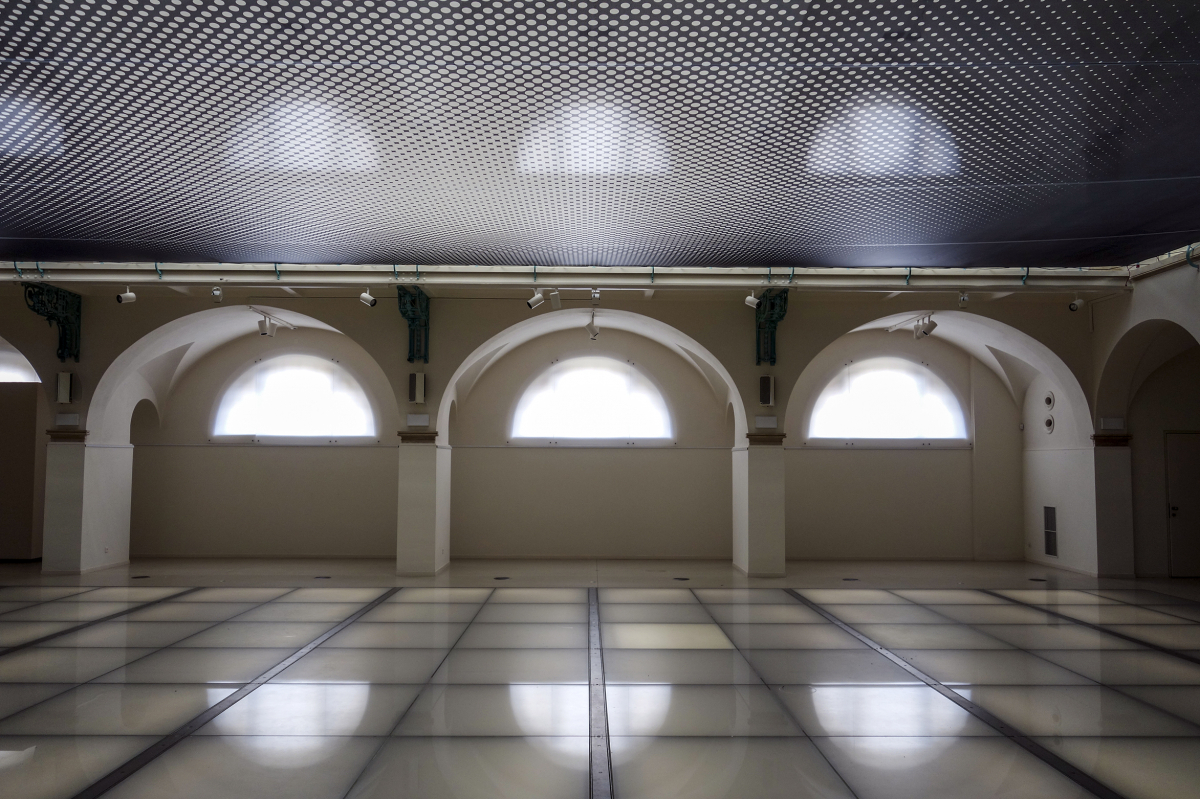 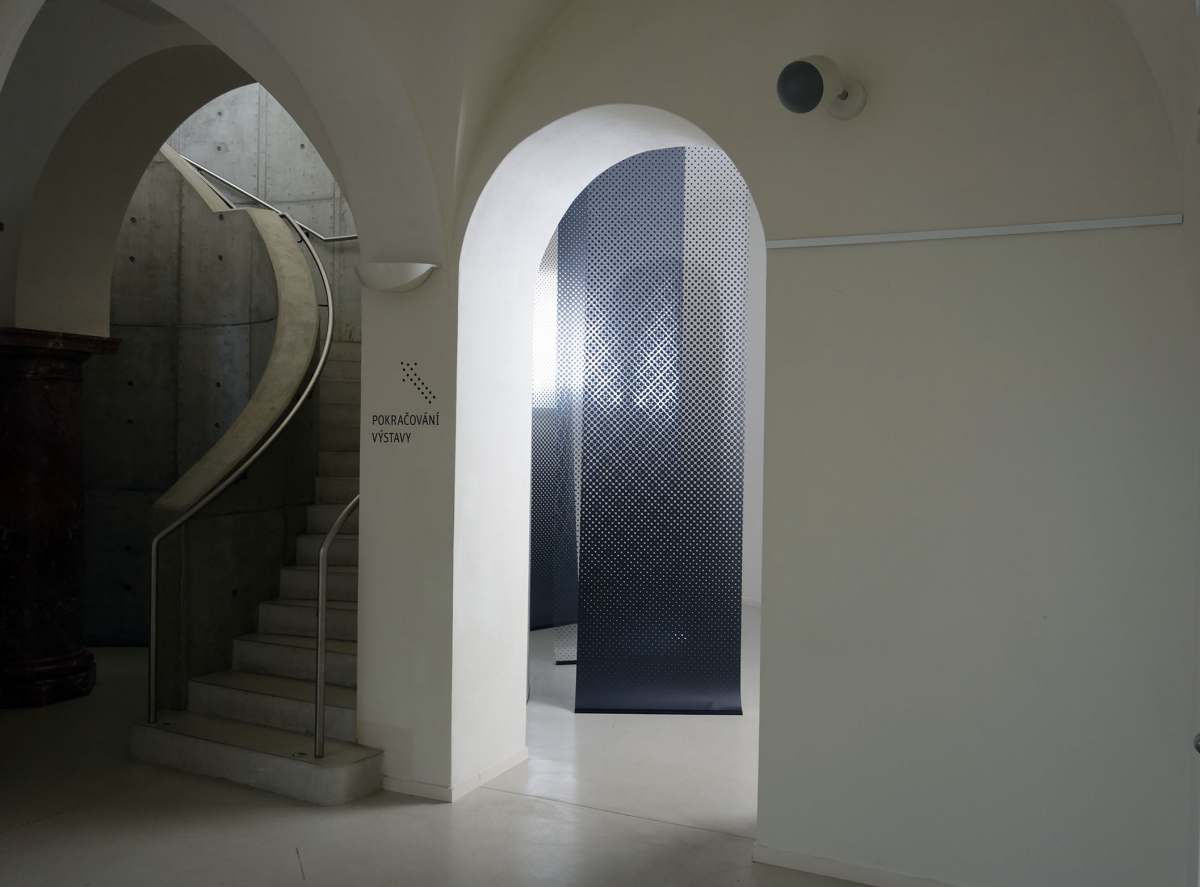 The concept of this site specific installation for the Liberec Regional Gallery is based on the genius loci of the building and its original purpose as a bathhouse, and is also a reaction to its interior architecture. The project is dominated by Josef Šafařík's creation based on the principle of Moire and interference, which becomes complete only at the moment of interaction with a viewer, who finds themself above the water’s surface, while the optical illusion changes the meaning and the spatial characteristics of the gallery. The dialogue between the sculptor Adéla Bébarová and the multimedia artist David Sivý, whose works react to and complement the central installation of the Interference, are an integral part of the concept. Several times during the exhibition, the project will be animated by video-projection.