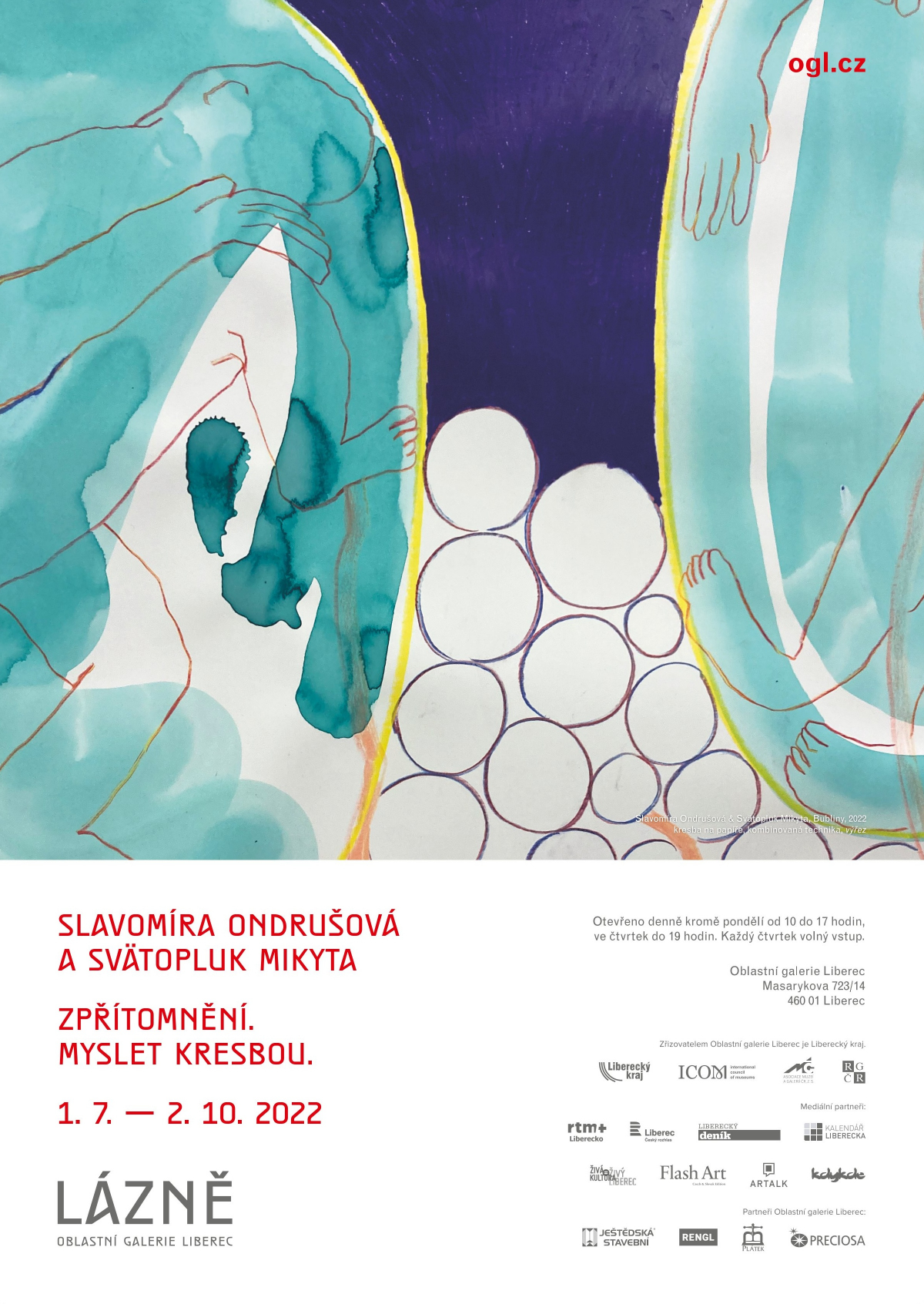 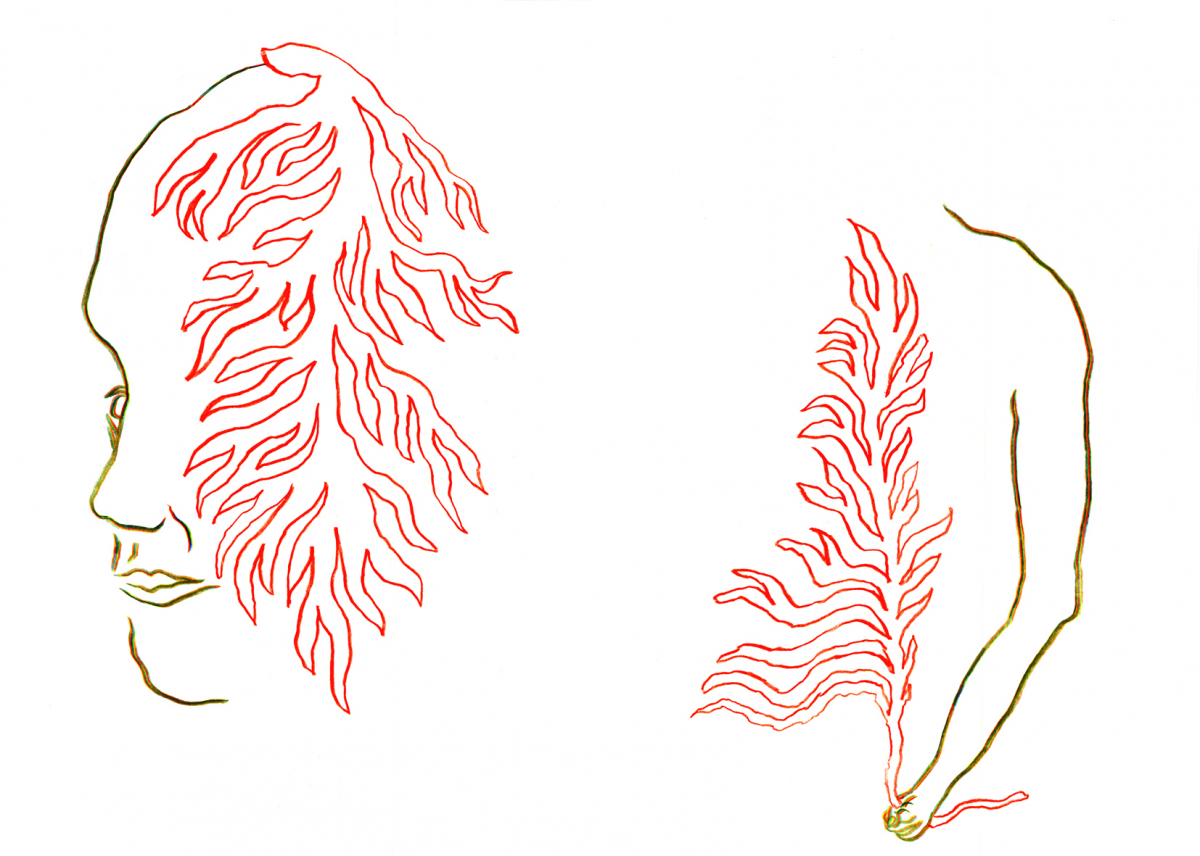 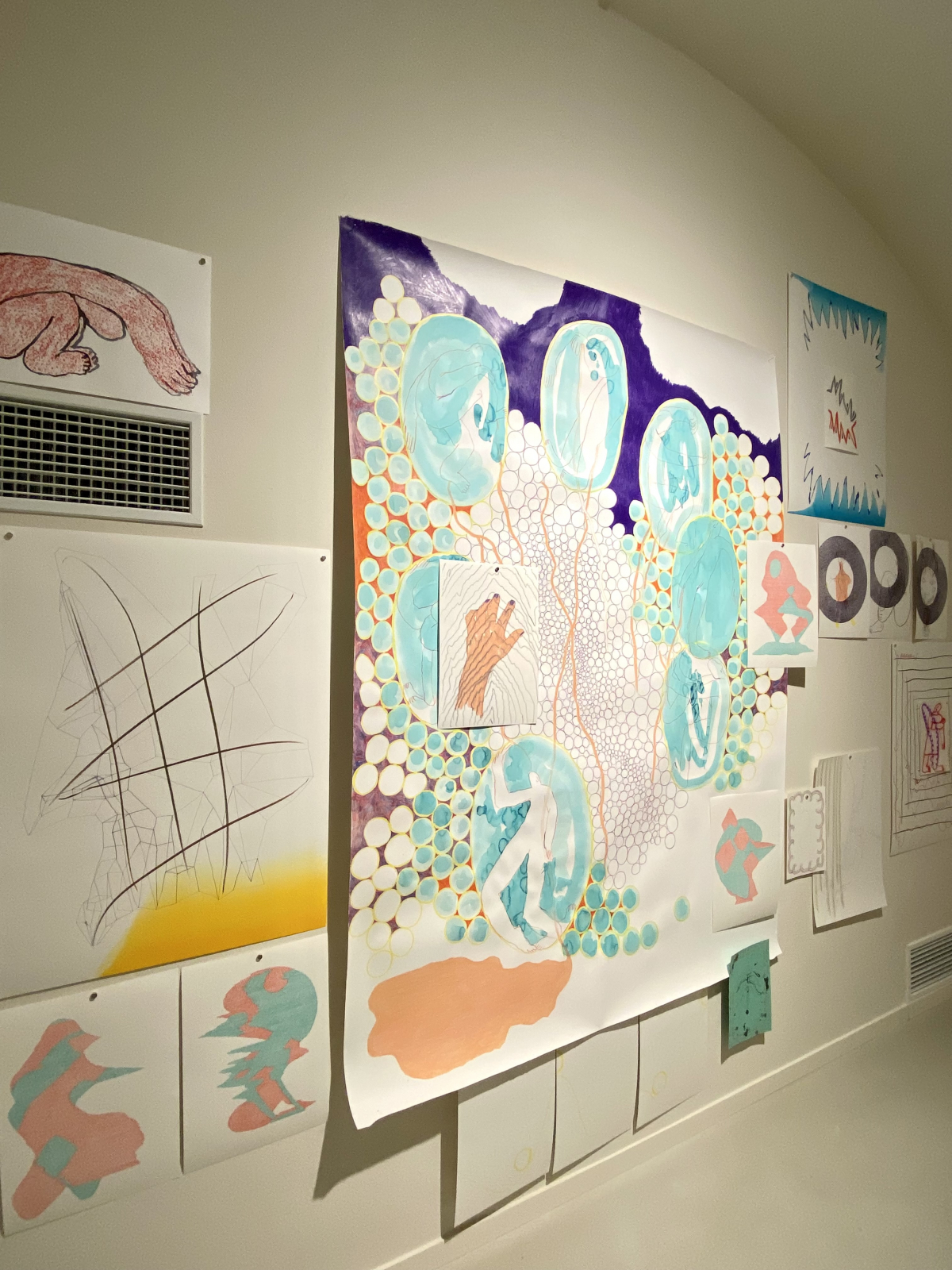 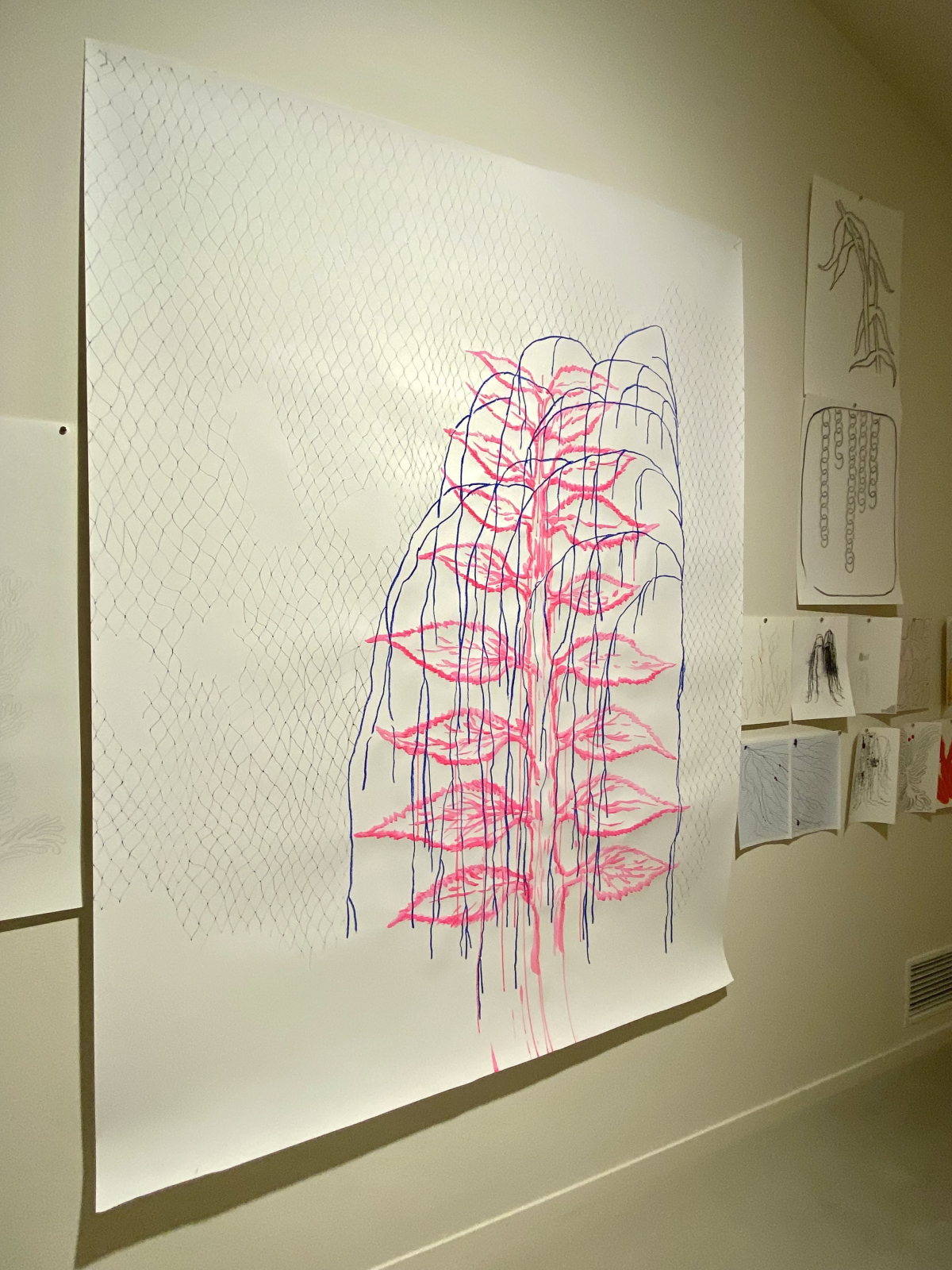 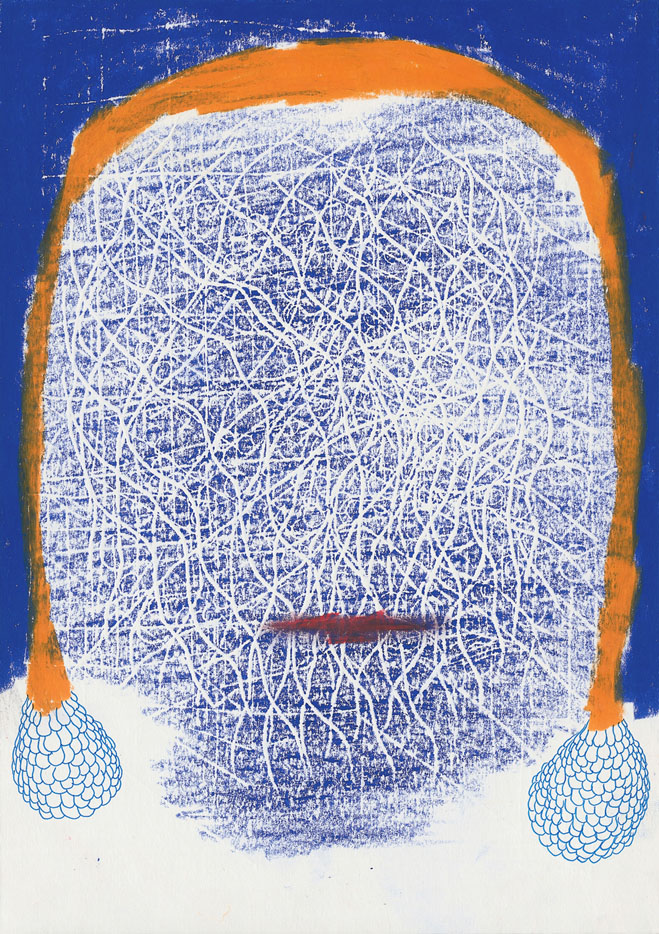 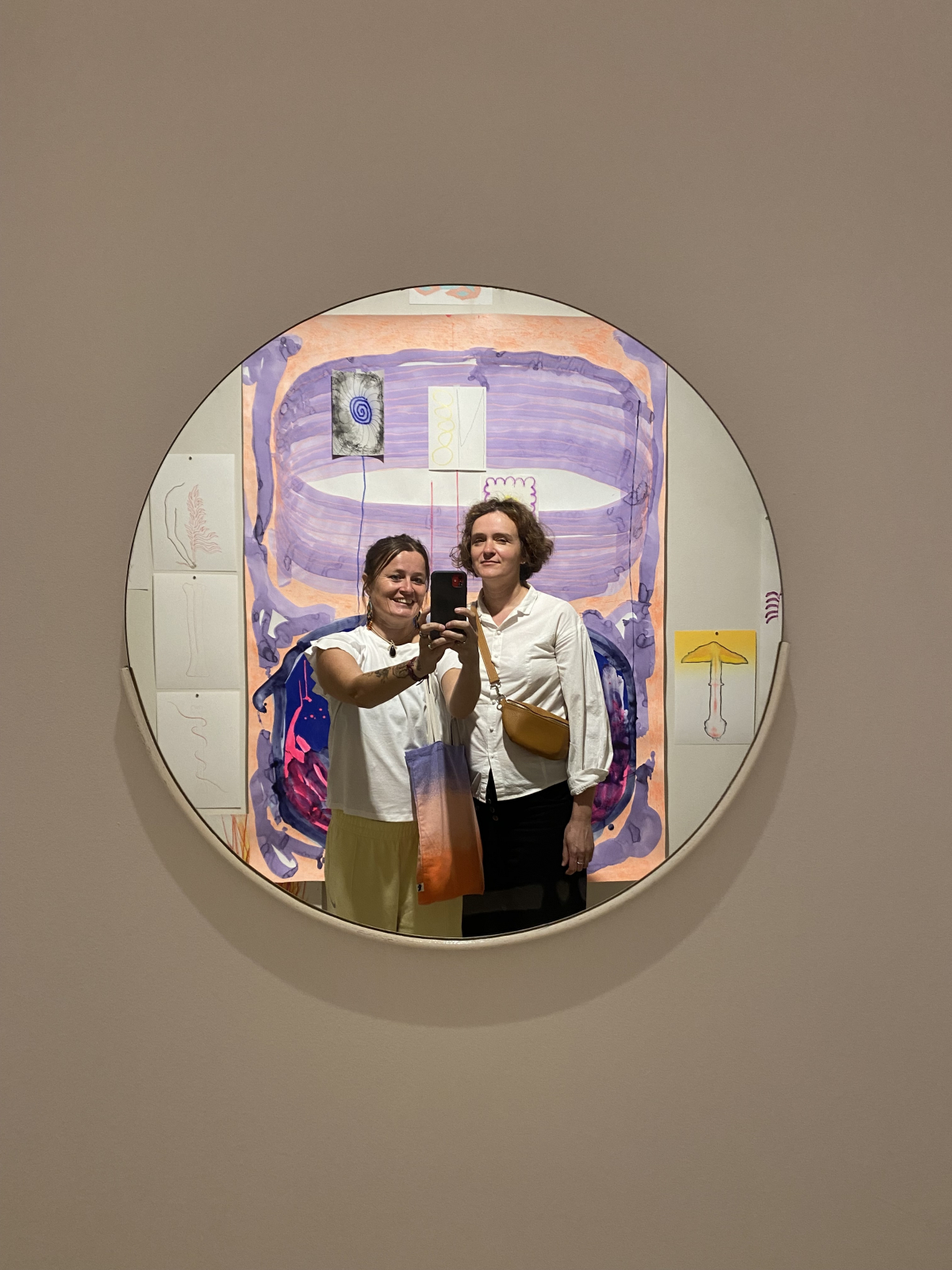 Drawing provides space where you can relax. You can also think through drawing. The societal challenges in recent years have taught us to pay greater attention to everyday events, a moment of slowdown and full perception of here and now. Being an intimate gesture, drawing is perceived by many artists as the most direct medium for expressing experiences with a specific sense of sensitivity to noticing the great or small history that is currently taking place. A sketch of an idea has accompanied artists since time immemorial. By combining the mind, eye and hand, they can capture the world around us. The drawing line, whether on paper or guided by matter in space, is a strong visual gesture of contemporary intermedia artists. The combination of thinking and drawing became the basis for the creation of the curatorial project called Presentification. Thinking through drawing, in which Slovak artists Slavomíra Ondrušová and Svätopluk Mikyta present themselves. The exhibition emphasizes the immediacy and variability of drawing, participation and extended interpretations of the author's worlds of both artists.

The artists, Slavomíra Ondrušová and Svätopluk Mikyta, have turned the exhibition into a creative dialogue which demonstrates how to think through drawing. Over the course of several months, they created joint drawings, reacting to each other within their drawing gestures and motifs. Being a part of this collaborative act, they often had to deny their handwriting, their own ego, and be communicative because they watched what the other artist's drawing line was doing in the author's dialogue on the paper. They thus opened the following questions: What are the limits of artistic cooperation? Is it possible to think through drawing? What role does text play in contemporary visual art? Most of the exhibited works have been created by the authors directly for the Liberec Gallery and the overall installation is intended to open a dialogue with the viewer, who is confronted with the fragility of the drawing, but also with its dynamics of various positions of creative cooperation within a strong visual message in individual cubicles. In addition to collective works, the exhibition also features authors' diary drawings, revealing the authors’ hearts which are also present in large participatory drawings to us.

Slavomíra Ondrušová is an established Slovak artist. She is a graduate of the master's and doctoral programs in S + M + L + XL METAL and JEWELERY studio at the AFAD in Bratislava. Her work oscillates between the media of drawing, object and creative writing. She is fascinated by the process of materializing drawing with the help of a haptic gesture conducted in matter and the very process of creating a drawing. She works as an occasional lecturer at the Estonian Academy of Arts in Tallinn, where she studied for a doctorate, co-founded Magazine X and organized the international conference called ŠperkStret. She also engages in illustration and educational activities in the field of visual arts, and also collaborates with dancers and writers.

Svätopluk Mikyta is one of the most prominent artistic personalities in Slovakia, respected on the foreign art scene. His creative position is often intertwined with the support of contemporary art in the Central European region. Especially in organizing a wide range of artistic activities on the open platform called Banská St a nica Contemporary situated in Banská Štiavnica, of which he is a co-founder. Svätopluk Mikyta is a graduate of the free colour graphics studio at the AFAD in Bratislava. He currently runs the drawing and graphics studio at the Faculty of Fine Arts at Brno University of Technology at the position of an associate professor. His multi-layered work is inspired by a certain archaeology of the visual archive, which has a specific aesthetic in our local Czechoslovak visual scene in the second half of the twentieth century.  In recent years, his creative position has manifested itself in stronger intermedialism with overlaps in the design of, for example, ceramics, glass and tapestry techniques.