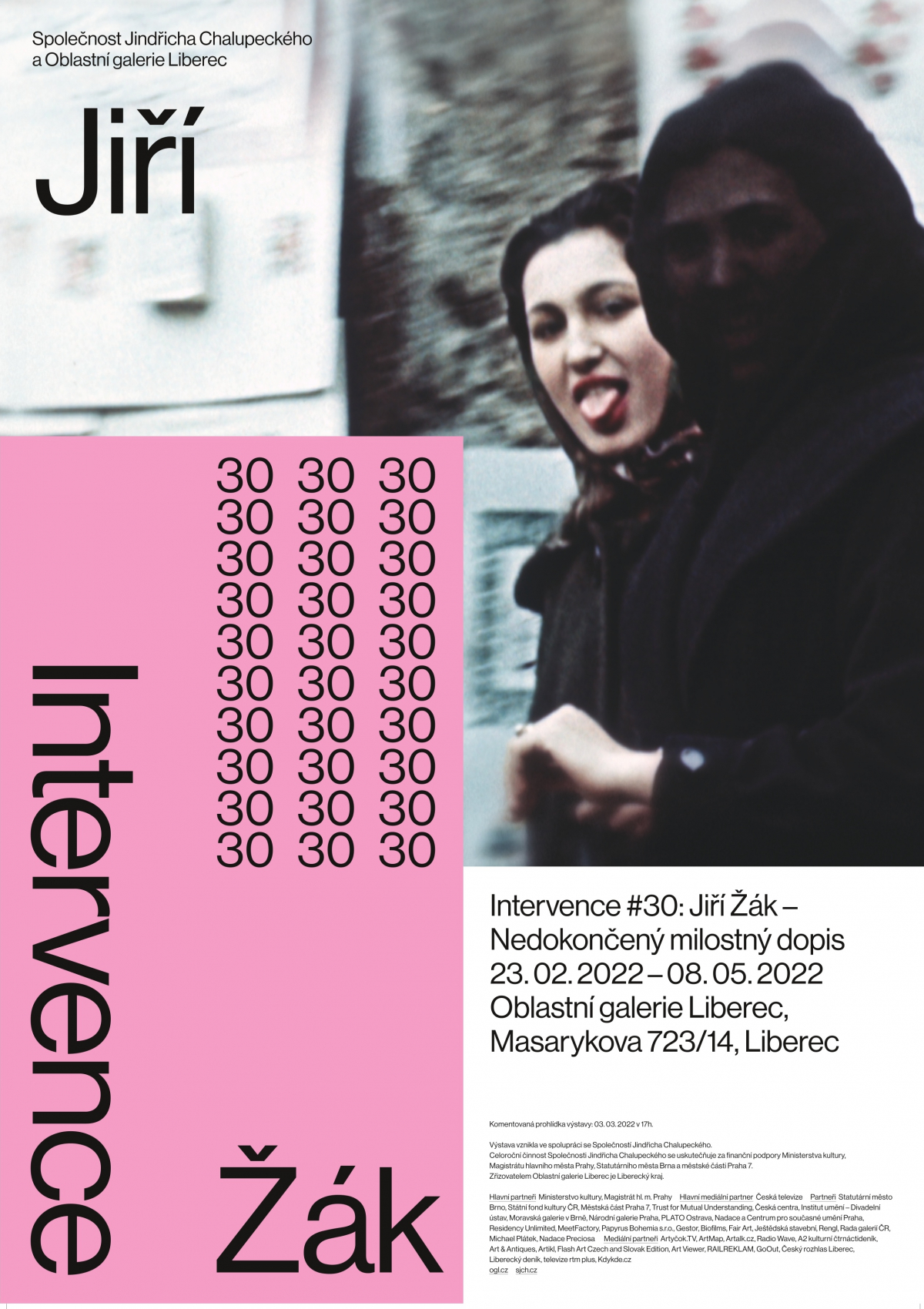 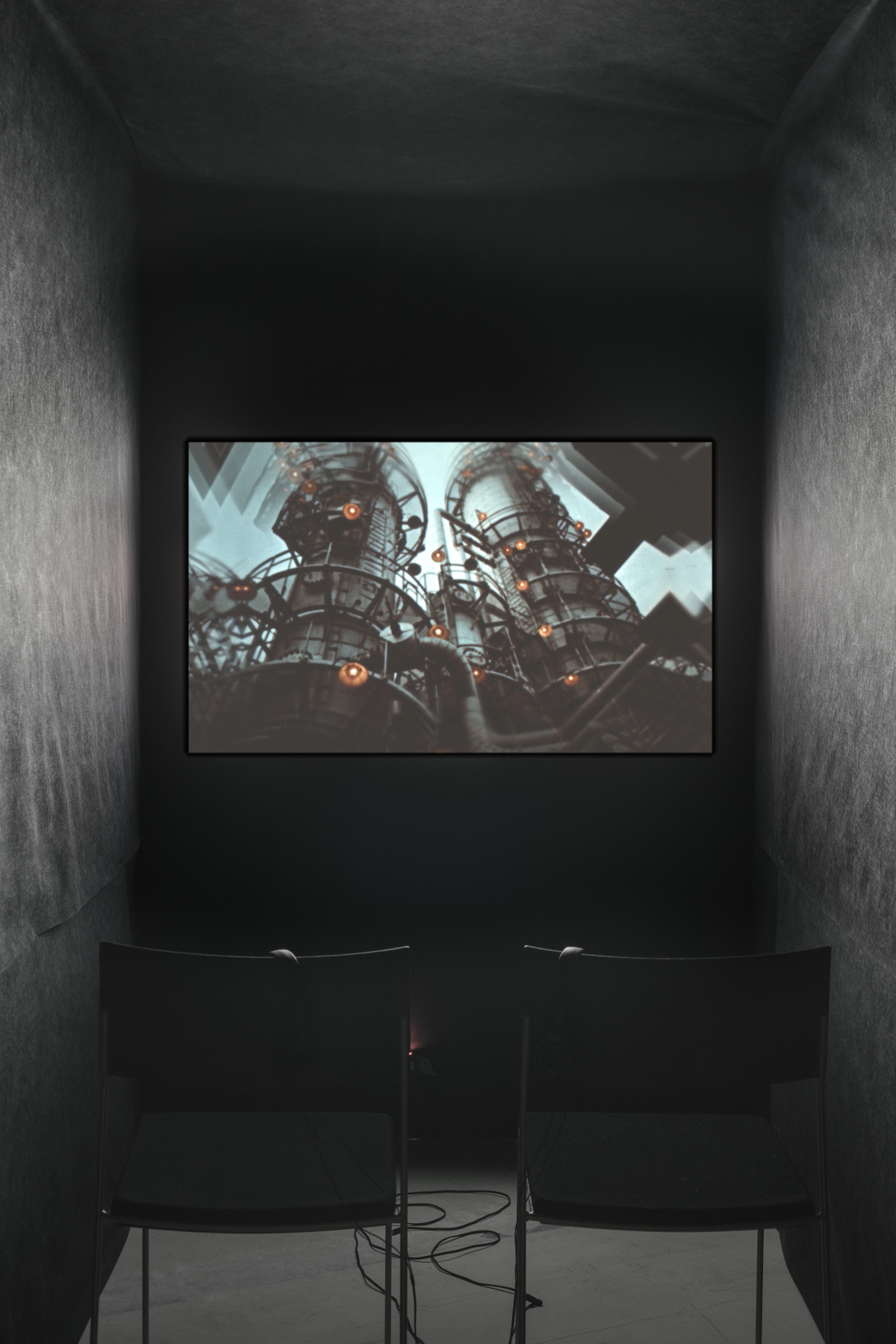 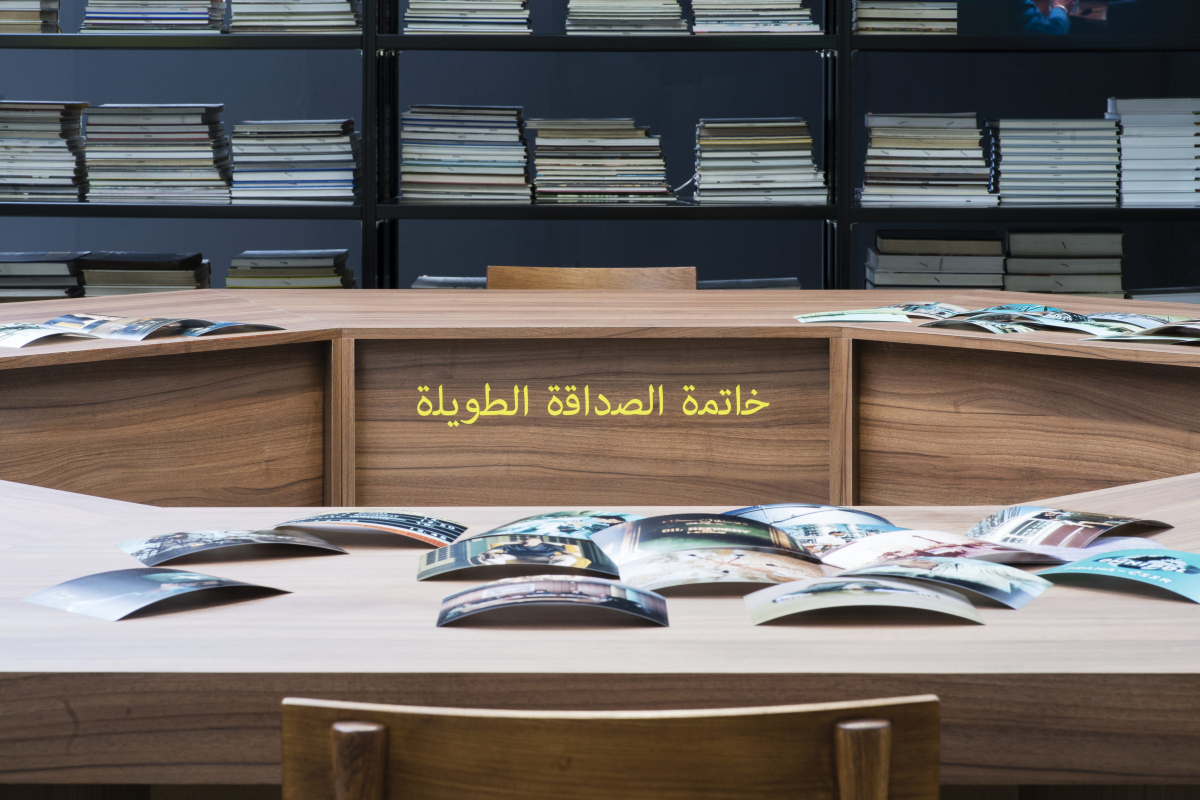 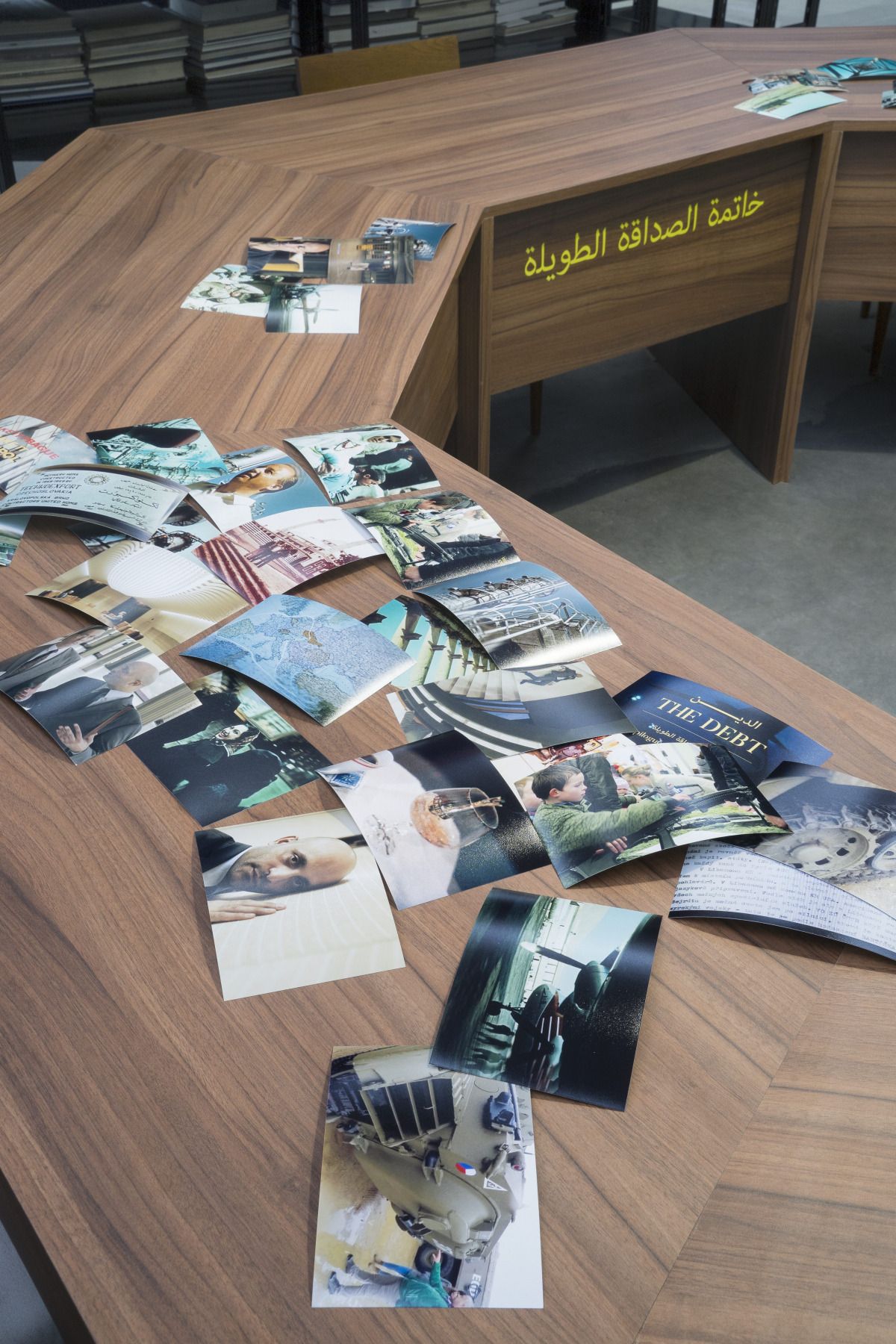 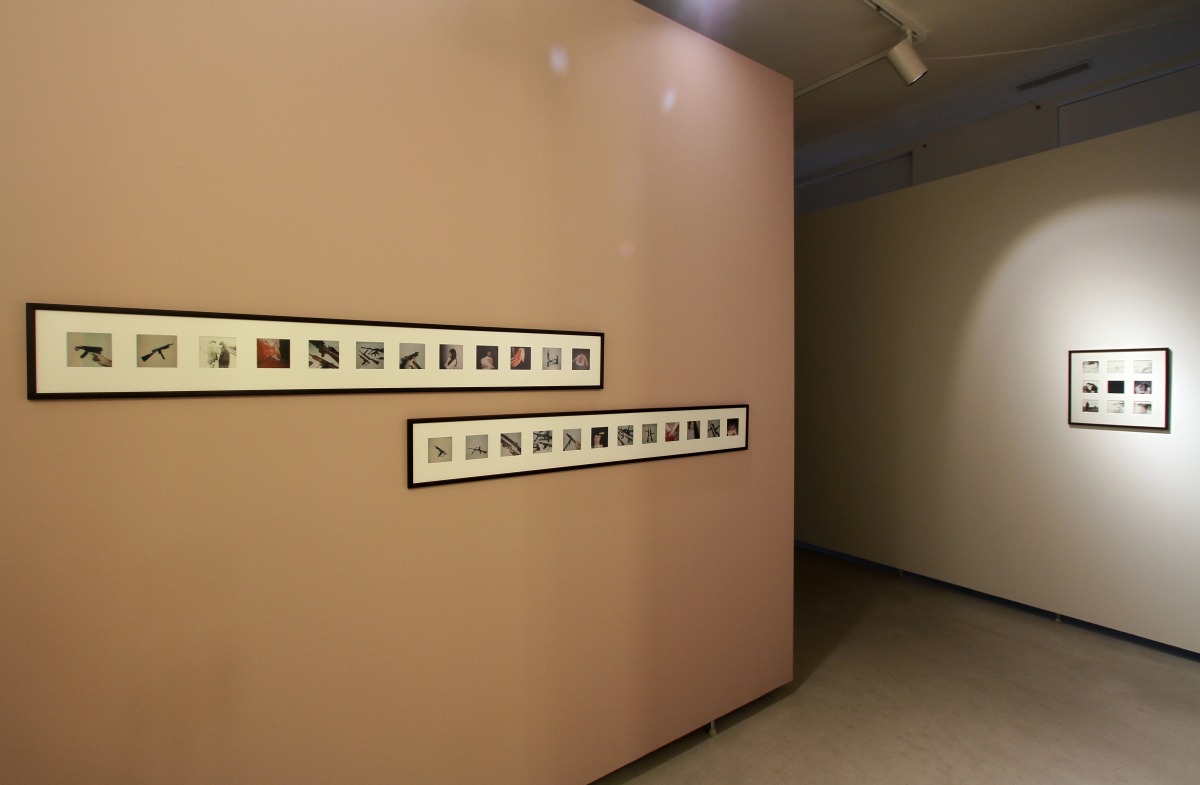 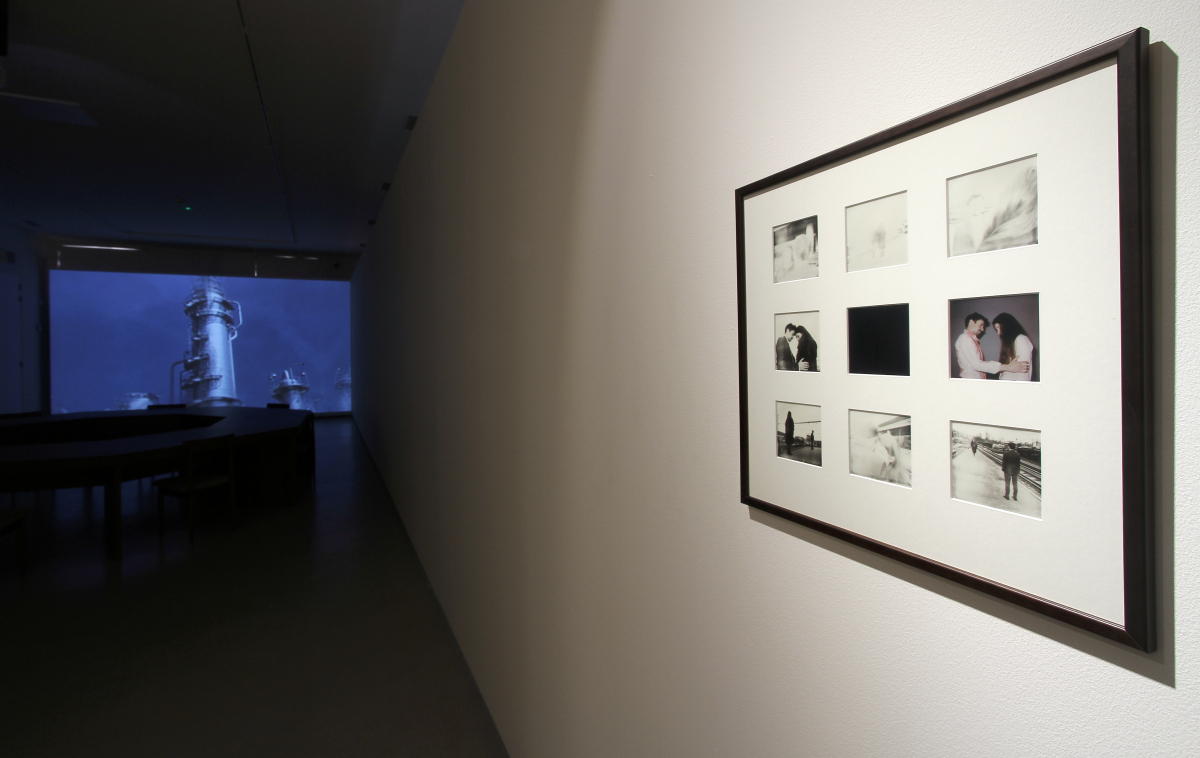 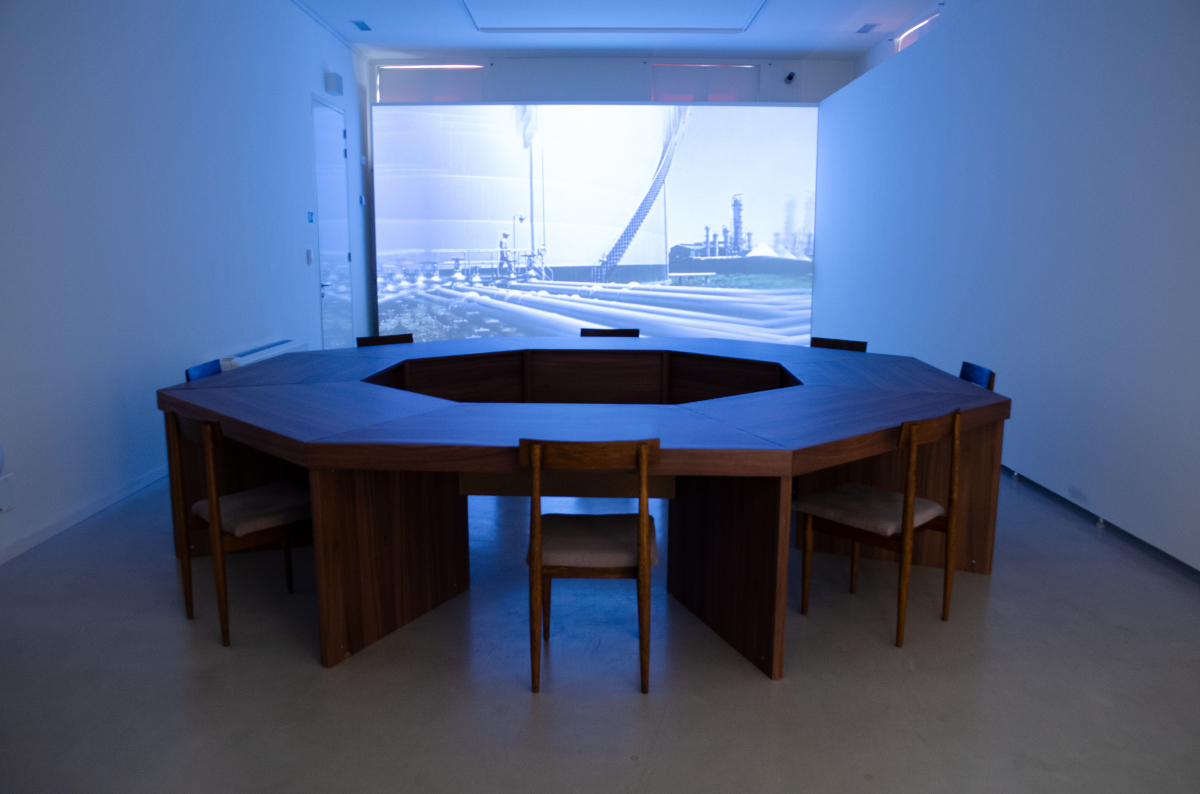 In his work, Jiří Žák has long been dealing with fictional and real micro-stories against the background of political history, which he often relativizes with his approach and reveals uncomfortable nooks and crannies. As part of the exhibition at OGL, the author will present one from a series of films approaching the genre of so-called documentary fiction. The short films were made as part of Žák's study of the Czechoslovak and Czech arms industry, specifically the export of Czech weapons to Syria, which turned from the original cooperation of socialist countries into a purely trade relationship, almost indifferent to changes in political regimes. In addition to the film Unfinished Love Letter, the installation will also include a replica of the company Omnipol's octagonal table, which provided a wide range of military material for the communist government during the times of the Czechoslovak Socialist Republic. The exhibition will also be complemented by a newly created series of Polaroid photographs, in which Žák illustrates the problems of this little-known chapter of Czech history.

Jiří Žák (*1989, Zlín) graduated from the Academy of Fine Arts in Prague (Studio of Intermedia Work III/Tomáš Vaněk School). He went to study stays at the Academy of Arts, Architecture, and Design in Prague, the Studio of the Visiting Artist at the Academy of Fine Arts in Prague, and the University of Art and Design in Karlsruhe. He works primarily in the media of the moving image and video installation, merging research, lyricism and the narrative form. He addresses the identity of post-communist countries and its deconstruction through non-western perspectives. He has researched the issue of Czech arms export to the Near East on a long-term basis, his other theme of interest being the sociopolitical relation to information published in the media and online. His latest works have also focused on environmental anxiety. Žák introduced his work at a number of independent galleries and institutions in the Czech Republic, and recently also internationally, e.g. at the Warsaw Biennial. He is active in the Studio without a Master. In 2015, he became a holder of the EXIT award, in 2017 he was a finalist of the Other Visions competition at PAF Festival of Film Animation and Contemporary Art in Olomouc. He works for Artyčok TV and the National Film Archive in Prague.